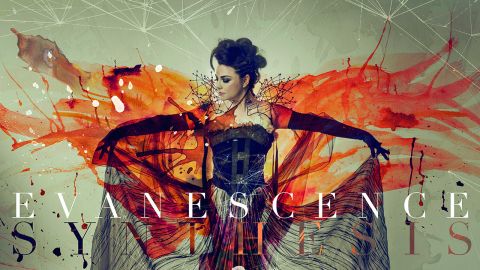 For a band with only three studio albums to revisit, Evanescence’s decision on Synthesis to rework some of their best-loved songs is an ambitious and unexpected move. No doubt drawing on her experience of scoring film soundtracks, Amy Lee, along with long-time collaborator, composer and arranger David Campbell, has given their body of work an ethereal, cinematic makeover on Synthesis that goes way beyond simply remixing or re-recording.

At 16 tracks, it’s also a substantial record, and what makes Synthesis feel even more like a wholly original album is the inclusion of the previously unheard Hi-Lo and new song Imperfection. But its true appeal, of course, is in the reimagining of Evanescence’s most beloved, classic songs.

With a delicate hand, they’ve plucked out the bones of the ubiquitous, Grammy award-winning Bring Me To Life, stripping away all the rock elements and instead swathing them in orchestral movements and barely there ambient electronics to give the song a completely different atmosphere. That’s what’s so alluring about the concept of Synthesis; it’s like a window into an alternate-universe Evanescence.

It also draws your attention far closer to the core melodies of songs like My Heart Is Broken and Lithium than ever before. Most striking is how, when listening to Amy sing My Immortal with only a piano and string accompaniment, the timeless quality of the song shines through. For the casual listener, the emphasis on her distinctive vocal style might be somewhat overpowering, but for the fans, Synthesis offers a deeper dive into Evanescence’s compositions that also tantalisingly hints at an alternative trajectory for the band.