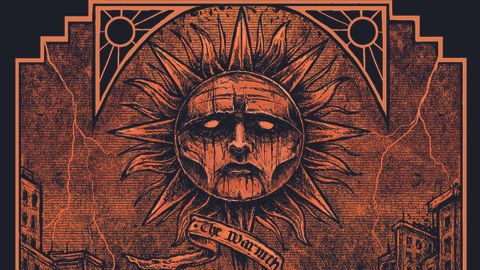 Started as a two-piece bedroom project in 2013, Employed To Serve already have two impressive EPs and an awesome debut full-length in their grindinfusedmathcore arsenal. They set the bar high but this followup release keeps them well on that trajectory. Sharing the crushingly heavy and chaotic spirit of its predecessor, songs are caustic, craftily paced, and a smart mix of oppressive and defiantly positive. As ever, Justine Jones is a veritable powerhouse of pronounced, abrasive fury, too. The Warmth… is perfectly cohesive but each song is distinct and the timing immaculate. Lethargy shifts dynamically from a slow instrumental start to a sickeningly fast screaming close, while turbulent tracks Half Life and Never Falls Far trap you in a horror movie of dense, churning guitars, erratic drumming, and powerful raucous male and female yells. Church Of Mirrors is another gloriously manic track led largely by Justine’s relentless vocals and wildly scattered, choppy fretwork. However heavy it gets, at no point do this band play with reckless abandon; this is controlled chaotic brutality of the best kind.