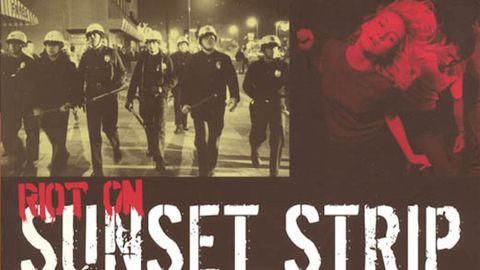 Asked to name the centre of the West Coast counterculture, most would plump for San Francisco. But, as Domenic Priore reminds us in this meticulously researched biography, for a short window between 1965-66 LA was a proto-hippie paradise where The Byrds, the Beach Boys, The Doors and Love all rubbed shoulders in a spirit of lysergically enhanced creativity.

It didn’t last long – a crackdown by the authorities in late ’66 sparked an exodus of creatives – but Priore succesfully explains how the city’s unique outlook – goofy, cartoonish, pop-culture obsessive – had an impact on both a new wave of Hollywood directors (Scorsese, Coppola, Kubrick) and wider society (Monty Python’s Terry Gilliam cut his teeth working for cult comic book Help!).

Those who consider such stuff marginal may find 350 pages which feature digressions on bands such as Bedpost Oracle wearisome, but obsessives will delight in serendipitous tales such as one about Buffalo Springfield, when Richie Furay and Stephen Stills pulled up alongside Neil Young’s hearse in Sunset Strip traffic outside a club called The Trip.