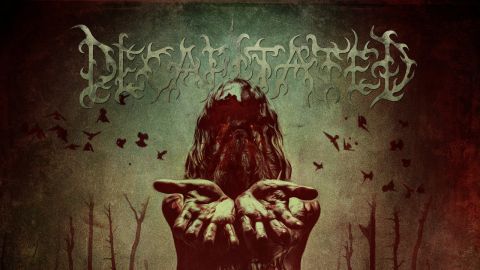 Decapitated’s tale in the chapters of metal is unlike any other.

After signing with Earache during their teens, the Polish quartet were responsible for breathing some much-needed new life into post-millennium death metal. But tragedy struck in 2007, with a bus crash claiming the life of drummer Witold ‘Vitek’ Kiełtyka and incapacitating singer Adrian ‘Covan’ Kowanek. Yet here the band stands today, screaming defiance and sounding as furious as ever – as you’ll hear from opener Exiled In Flesh. While 2011’s comeback album Carnival Is Forever saw the new lineup gravitate towards more polyrhythmic, almost Meshuggah-esque sounds, album six seems to balance their newfound sense of groove with the pulverising blasts of their tech-death roots. The title track has more stomp than Godzilla after discovering the missus has been copping off with best mate King Kong, followed by the bludgeoning staccato of Nest, which serves a full cranial episiotomy by the time its six and a half minutes come to a close. Jarring rhythms and dissonant leads collide in Blindness, a cerebral tornado that disorientates the listener. Overall, Blood Mantra serves as yet another reminder why Decapitated have remained one of the most important extreme metal bands.