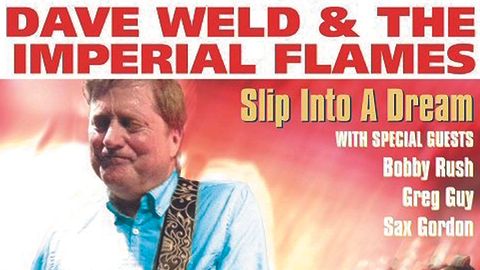 The best thing about this album, Weld’s second, is the leader’s guitar, which can rightly be called smoking, since he wields it like a brand in the hands of a man who’s just discovered fire, and it spits and sparks over the insistent drive of Take Me Back, Tremble and Louise.

‘You know, that’s funky,’ he says at the start of Dorothy Mae. He’s right, and it’s not the only one. That said, except for JB Hutto’s 20% Alcohol the programme is all originals, and their quality is a little uneven; and joint singer Monica Myhre makes a less distinctive contribution than her partner. But there’s enough heat and noise here to conjure the atmosphere of the Chicago clubs where Weld has worked for so long.