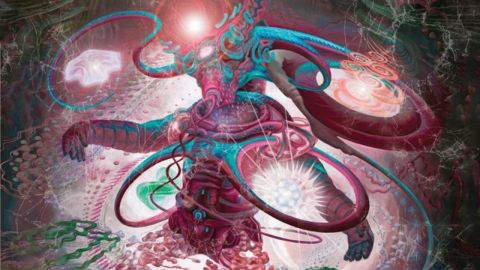 The second part of Coheed And Cambria’s Afterman double opus carries the band’s usual trademarks; it’s deliriously silly enough to keep the progheads happy, yet accessible and catchy enough to snare those who are utterly unmoved by Rush.

Their ability to make odd-rhythm grooves sound natural and immediate is out in force on Descension, as is their ear for a hook or two. And for all the cheerful daftness, there are moments where the grin slips and the honest, emotional foundations it’s occasionally easy to overlook are exposed.

The combination of darker rock attack and some soaring post-hardcore ambience on Gravity’s Union is one such moment, and coming at the halfway point, is a welcome mood change after the opening four songs’ consistent brightness, and in particular after the sugary bounce of Number City.

At its heart, The Afterman: Descension sounds like a band having a complete blast, even during its darker moments, and C&C are skilled enough to make the listener feel included in their fun. Anyone who struggles with their levity of tone or has found Claudio Sanchez’s voice just a little too nice isn’t likely to have their mind changed, but there’s plenty here to crack a smile or seven.