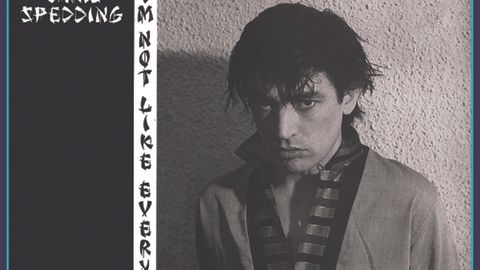 It is the nature of the sideman – Mick Ronson, Steve Cropper, Ron Wood – to be to some degree anonymous. The more people the sideman works for, the more anonymous the sideperson. But there are exceptions, musicians who’ve avoided the often-sneering tag of “just a session guy”. Some of these exceptions are rock legends.

Chris Spedding is, without a doubt, a rock legend. His work for hundreds of major rock figures – everyone from Bryan Ferry to The Wombles – has been heard and purchased by millions, but as a solo artist, he’s known for one song, the semi-novelty hit Motobikin’. Cognoscenti – many attached to his work with Sharks and King Mob – also know that there’s a rich seam of solo work to be discovered. It’s often been hard to find and out of print, so kudos to Cherry Red for releasing this four-CD set of Spedding’s work for Micky Most’s RAK label.

It’s a fascinating collection, spanning the mid 70s and the start of the 80s, and one which illustrates both why Spedding is so respected and why he never quite became a pop singles sensation. His debut solo album, 1976’s Chris Spedding, is a fine set, vaguely similar to the work Dave Edmunds was doing at the same time, with a swamp pop element more familiar to fans of the work of Link Wray (and the sheer joy and hilarity of Guitar Jamboree, in which Spedding carries off the guitar stylings of everyone from Chuck Berry to Jimi Hendrix). But what makes it Spedding’s own is both a sense of humour in the lyrics and delivery and, of course, a snappiness in the guitar playing that few others can match.

Perhaps – along with his self-effacing nature, not always an asset in a front man – it’s this genius for brevity that set Spedding apart; very much an adherent of the ‘say something once, why say it again?’ school of rock, his songs leap in, make their point and leap out again. By 1977’s Hurt, he was certainly more in tune with the times, and – he never actually recorded with the Sex Pistols, as myth has it – the brilliant Pogo Dancing single (recorded with the Vibrators) should have been a bigger hit. Ever adaptable with the very new-wave stylings of Guitar Graffiti, but he saved some of his best work for 1980s album I’m Not Like Everyone Else, whose title track remains one of the best Kinks covers around – and also works well as a five word career summary.