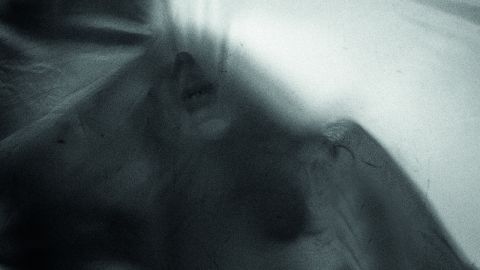 There’s more going on beneath the boiling surface of Calligram’s debut long-player than you might initially think, the opening predatory minutes of Della Mancanza’s rampaging hardcore riff threatening a demolition that a filth-encrusted d-beat delivers. So far, so hardcore/black metal crossover in 2017. Very quickly, however, elements begin to distinguish the band as worthy of attention. Feral Italian frontman Matteo Rizzardo’s primal, lung-ravaging shriek is arresting and emotive and the caustic sizzle of Scourge is made all the more unhinged by his maddened cackle, ranting as leads scurry like spiders over broken glass. Permanent percussive shifts keep you on your toes; the breathtaking pace degenerates to a brooding slow burn as the record progresses, no more so than on ambitious eight-minute closer, Lament. It’s a pleasant surprise, as are the depths to which Calligram’s instantly satisfying voracity will take you.