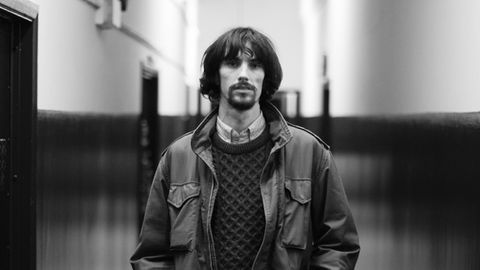 If this album was a film – and that’s how Robert Chaney intended it to feel – it’d hook you from the first frame. Over bleary-eyed bottleneck and a bust-microphone vocal, Black Eyed Susan finds the Florida-born songwriter in character as a wife-beater fielding a dawn visit from the cops (‘And then they turned to her, and she spoke not a word…’ ).

Mood established, the vignettes keep coming, with The Cyclist’s eerie folk-blues following a couple haunted by a hit-and-run, and The Ballad Of Edward And Lisa recounting a jet-black murder ballad via a defendant’s courtroom testimony. Touched by Townes Van Zandt, Hank Williams and Dylan at his darkest, Chaney is probably everything that a shit-for-brains modern A&R man isn’t looking for: he’s subtle, slow-burning, patently obsessed with lyrics and backed by such sparse instrumentation that some songs are practically a capella. For us human beings, though, this debut is a low-key pleasure, spinning some of the most sharply observed story songs we’ve heard in ages. (8⁄10)

There’s a refreshing whiff of anarchy about Matthew Millership (aka Tensheds), a grizzle-voiced fop who recorded this third album of self-described “21st-century blues” on a 200-year-old grand piano, and crashes through genre boundaries at will. When he hammers those keys – on the manic Sexshaker or Doghouse – you’ll believe his hype. (7⁄10)

Having spent his early career “hollering at people”, the Ohio songwriter describes this smoother-edged seventh album as the sound of “growing up and taking responsibility”. If that sounds a little pipe-and-slippers, the results are winning, from the lazy country ballad Here To Stay (Rock & Roll) to the joyous boogie-and-backup-singers of Back Home. (8⁄10)

Roy Rogers: Into The Wild Blue

The Californian sideman has picked up a few new flavours in the six years since his last solo album. So, while Last Go-Round is familiar fare – a hooky groove decorated with Rogers’ manic slide work – Don’t You Let Them Win could have fallen off Graceland, Dackin’ is a tight funk vamp and Song For Robert (A Brother’s Lament) a shimmering kiss-off to his late sibling. (7⁄10)

In the absence of a real anniversary, this tribute toasts Muddy’s hypothetical 100th birthday with 15 tracks that trace his rise from field recordings to Chess smashes. John Primer channels his inner Mud convincingly, but you’ll be peering past him at the A-list band, which includes Derek Trucks on Still A Fool and Gary Clark Jr on 40 Days And 40 Nights. (7⁄10)