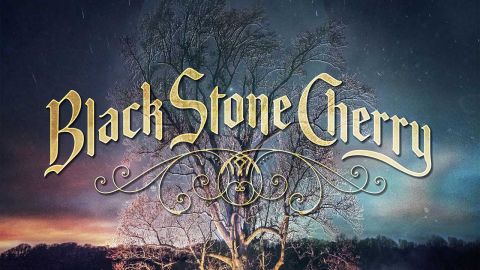 It’s easy to forget that Black Stone Cherry are on album number six – the quartet are still full of all the fresh-faced enthusiasm and charm they had when they first rolled in from Kentucky with their self-titled debut 12 years ago. With a sound that emulates their Deep South heroes but has an added heaviness, they quickly won the hearts of southern rock fans around the world.

You know what you’re getting with BSC – they’re not about to U-turn into punk any time soon. But over the years, their albums have become more layered, polished and full of arena-worthy choruses. Once described as being on the fringes of heavy metal, they’ve dispensed with that on their last few albums and have instead embraced those down-home roots more fully.

Opener Bad Habit is like two tracks, with a stomping groove breakdown halfway through mixed with swirling guitar riffs – BSC love a guitar solo – while Burnin’s uplifting chorus is infectious. Many songs take Skynyrd-style riffs and build them into hard rock anthems, like the rolling, 70s-style Carry Me On Down The Road, while Get Me Over You sounds like a modern homage to Skynyrd’s I Ain’t The One.

Southern rock is no longer just played by those who hail from its homeland. And while there shouldn’t be geographical restrictions on anyone to make the music they love, the fact that BSC were born and bred in Kentucky undeniably gives them an authentic edge.

It also gives them more leeway to pile on the cheese, which they don’t shy away from. They love to throw in over-the-top, tongue-in-cheek lyrics on party bombast songs that usually home in on either their home (Southern Fried Friday Night) or chasin’ tail (James Brown, with the lyrics ‘I will be your sex machine, just like James Brown’). But it’s all good clean fun here, as the choice inclusion of the word ‘Mother-funkin’ on You Got The Blues confirms.

Then there’s the sentimentality. Frontman Chris Robertson has always worn his heart on his sleeve, whether through frank interviews or sometimes syrupy lyrics. But the band have so much genuine warmth, and when the songs are this good, even cynics would find it hard not to belt along to the gospel-style chorus of One Last Breath.

With Lynyrd Skynyrd hanging up their stetsons after a final tour of the US this summer, it may be BSC’s chance to step into their shoes as the leading lights of southern rock.