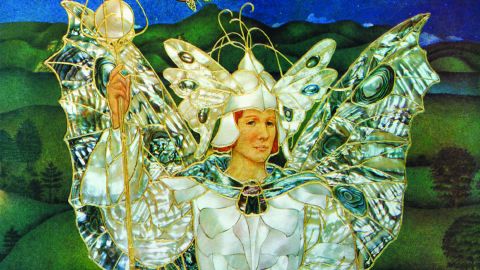 Anybody who believes Barclay James Harvest were nothing more than polite progressive paragons should give this 1976 album a spin, because there’s depth, edge and humour here that delights and surprises.

The idea for the semi-mocking Polk Street Rag, for instance, came from the controversial movie Deep Throat, which you’d hardly expect to inspire such a band. But they tackle the subject with vigour. Ra is a dramatic piece based around the Egyptian sun god, borrowing a musical motif from Mahler. And May Day is a diatribe against political extremism and the bigotry it engenders – the track concludes with a choir singing six songs simultaneously, from Land Of Hope And Glory to The Red Flag and We’ll Meet Again. This brilliant device emphasises the confusion such views can sustain in the unwary.

Even the album title, which is a piss-take on Oberon, the Fairy King in A Midsummer Night’s Dream, underlines that there’s a lot more to the album than perhaps is clear at first glance.

This reissue has two CDs and a DVD, with new mixes. There are also two promotional videos and footage from an Old softwareuiphraseguid=“ea52f6e9-31a4-406e-b29d-7bf589ec6a51”>Grey Whistle Test performance.

A fine modern representation of an excellent album.