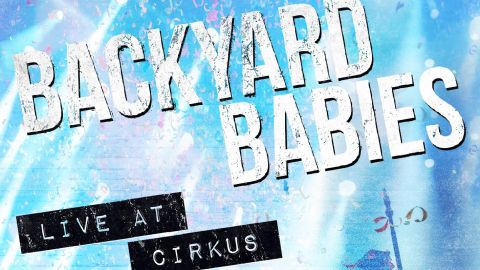 Swedish punk’n’rollers Backyard Babies were specialising in nordic noir as long ago as the debut Diesel & Power in 1994. However, the five-year hiatus prior to 2015’s Four-By-Four did them a world of good if this ferocious live DVD is anything to go by.

Lit with only the glowing fairy lights on their amps, frontman Nicke Borg and Keef-a-like gutarist Dregen strain every sinew as they blast through bruising barre-chord anthems (Th1rt3en Or Nothing) and cult classics (Dysfunctional Professional) like a tattoo-heavy cross between Green Day and Generation X. It’s a pulverising seventy-five minutes in which the only light relief comes with the acoustic Roads. But their ram-a-lama approach has cross-generational appeal.

“Everything’s gonna be alright!” Borg bawls during a frenetic closing Look At You, sending the youthful audience into delirium.

They may look war-torn, but Live At Cirkusis proof that BB’s time in the pop-punk trenches has been well spent.