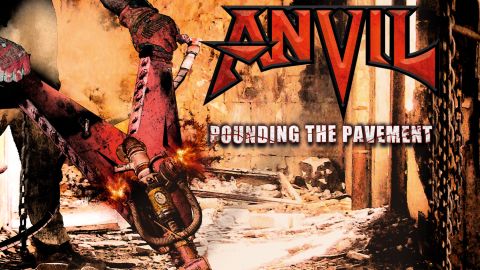 Regardless of music taste, you’d have to be incredibly cold to come away from the film Anvil! The Story Of Anvil without wishing them well in all their endeavours. They’ve been recording for almost 40 years now and unlike, say, Metallica, they’re still doing battle with the wolf forever at the door – hence the album title.

It feels like they’re caught in two minds here – eager to please fans who just want more of their rudimentary, formulaic heavy rock, as churned out on Bitch In The Box, Smash Your Face and Rock That Shit. Elsewhere, however, they do attempt a couple of left swerves – the almost jazzy arc of Warming Up, or Nanook Of The North, which explores the Inuit heritage of their homeland.

While the latter is hardly The Residents’ Eskimo, it does at least venture into an interlude of overtone singing that breaks up the otherwise relentless metal propulsion.