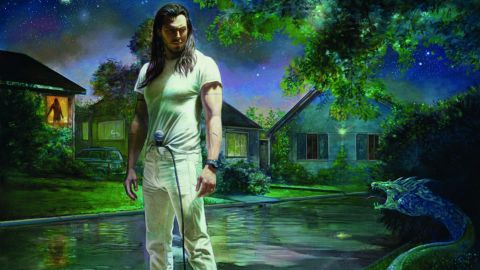 Coupled with the personality of a pug snorting sugar, Andrew W.K.’s 2001 debut, I Get Wet, cemented its creator in pop culture. Seventeen years later, You’re Not Alone offers further musical proof to that pudding. His classic material’s hallmarks are present – I Don’t Know Anything’s Ramones-clanging-the-keys being a case in point – but the majority of this record is mental. Gang chants and irresistible guitar/piano riffs lead the way, interspersed within party hymns like Give Up On You, spoken-word segments, quasi-power metal galloping and fantastical soundscapes like Break The Curse, which has more in common with Devin Townsend’s Epicloud than punk rock. It’s so OTT it borders on parody but there’s total conviction behind Andrew’s every word, bellowing out his crowning vocal achievement on Total Freedom and non-ironically commanding a song Coldplay would kill for. This is what being alive sounds like.