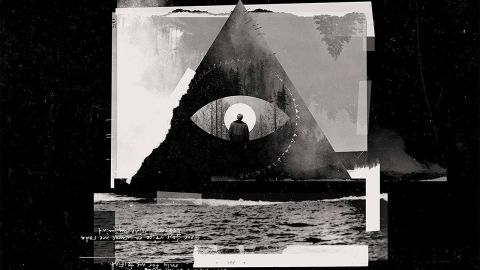 Buy from Amazon or HMV

With every clutch of new music that arrives from Alice In Chains, there comes the debate that’s persisted since the dawn of the 90s: whether AIC helped to pioneer Seattle’s grunge movement. While it’s true that they caught their break in Seattle during the rise of that genre, the Sabbath-loving heavyweights bear little in common with true grunge pioneers like Mudhoney or Green River. For more than 30 years, Alice In Chains have fastidiously cultivated an utterly pulverising sound, erupting with skyscraping harmonies and ginormous, fuck-off hooks big enough to rattle the walls of a stadium. Effectively, Alice In Chains were never simply a ‘grunge’ band.

After three albums with original vocalist Layne Staley, who passed away in 2002, the surviving members – guitarist/vocalist Jerry Cantrell, bassist Mike Inez and drummer Sean Kinney – brought guitarist William DuVall onboard in 2006. Together they released two massively successful outings, 2009’s Black Gives Way To Blue and 2013’s The Devil Put Dinosaurs Here. Longtime fans rejoiced and new ones jumped onboard, but the question lingered: where do they go next?

Rainier Fog marks a number of firsts for Alice In Chains. For the first time in 20 years, the band recorded in their hometown of Seattle. The record is also their first with new label BMG. Opener The One You Know invokes the core AIC elements right out of the gate: the droney guitars, lush double-lead vocals and chilly melodic progressions. But when the velvety harmonies of the chorus kick in amid the majestic squall of guitars, it’s clear that a fresh new vision is at hand. At its essence, AIC’s catalogue is an expansive exploration of the tension between darkness and light: the bludgeoning heft of Facelift on one end, Jar Of Flies on the other and everything else floating in between, united in a bleak theme of addiction, isolation and despair. With Rainier Fog, we see the band adopting the cautiously optimistic perspective of survivors – unsurprising, given their longevity amid a slow parade of death among their friends and peers. The title track serves up a wistful look at the Seattle scene when they first started. With its buzzing riffs and hip-shaking tempos, you can hear more Bowie than Sabbath and its sonic companion, Never Fade, is one of the catchiest and, dare it be said, sweetest tracks the band have ever written.

Alice In Chains might have matured, but they sure haven’t softened. So Far Under – written by and featuring an absolutely filthy solo by William – taps into the gnarled defiance of 1990’s Facelift, with its sharp, serpentine riffs and vitriolic refrain. On the fragile, more melodic side, Fly and Maybe both feature sparkling, tightly woven fretwork and absurdly addictive choruses that beg to cranked on car stereos for sunset drives. Ambition abounds, not in volume or ferocity but in a sense of subtlety and restraint. From top to bottom, each track showcases masterful songwriting and inspired lyricism. Rainier Fog sees the band breathing new life into their signature sound, with a diverse and deeply emotional collection that history will surely view as a career-defining statement.