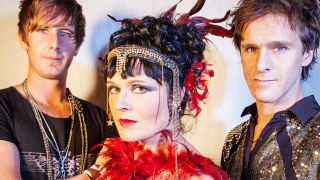 House says: “After much deliberation, I’ve come to the decision to follow my own solo musical direction.

“I want to say thanks to all the Reef fans for their support over the last 20 years. That’s been a truly great thing. I’m very proud to have been a part of it all, and that won’t ever change.

“I also want to say what a blast it’s been with the guys in this band, and that I wish them all the best going forward with Reef.”

Remaining members Gary Stringer, Jack Bessant and Dominic Greensmith say: “There have been sad vibes as we come to terms with Kenwyn’s decision. It’s not all sad, mind you – we’ve also been remembering the great memories we share together, as well as all the music we made and tours we’ve done all over the world.”

House makes his last appearance with Reef at Donington Park on April 20. Auditions will be held after that to find a replacement, ahead of two shows at the end of May.