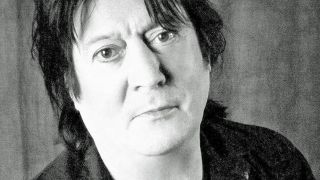 Pete Way is itching to get to work on his new solo record just days after getting the cancer all-clear.

Now he wants to get back to work on his upcoming solo effort, Walking On The Edge. Before his diagnosis last year, Way had called in pals including Slash and Nikki Sixx to guest on the record, which will be hisfirst solo studio album since 2007’s Acoustic Animal.

Way says: “On my first solo album Amphetamine I wanted to make the songs I had always wanted to in UFO. I thought what’s the point in doing the same stuff you do with your band? It was always my ambition to do something more rock.

“On this new album, Slash and Nikki Sixx play and I’ve got Guns N’ Roses producer Mike Clink working with me at John Parr’s studio, Somewhere In Yorkshire. Working with these guys is amazing, I mean how many Grammy awards can you get in one room?

“I’m excited about going back, but I have to be very careful not to sing better than I did on the earlier takes as Mike will make me do the whole bloody lot again!”

Way says the new material is “in your face rock ‘n’ roll” and that the subject matter is very personal, although it does’t touch on his cancer battle. Instead, it’s mostly about his notorious drug and alcohol addiction that he only managed to shake off four years ago.

“I wrote it before the cancer,” he says. “So the lyrics are really about my drug abuse, about which I’m very ashamed. Money and the needle is a very bad combination. I’m not proud of it but maybe it will give somebody else the opportunity to just say no. At least then it will have achieved something.”