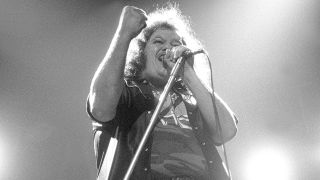 Former Molly Hatchet vocalist Jimmy Farrar has died at the age of 68.

The news was confirmed by the Southern rock band's bassist Tim Lindsey on his Facebook page.

“Jimmy was with Molly Hatchet from 1980 - 1982, singing on the Beatin’ The Odds and the Take No Prisoners albums. Prayers for his family.”

Farrar replaced Danny Joe Brown in the Molly Hatchet lineup in 1980 and went on to play on that year’s Beatin’ The Odds and Take No Prisoners in 1981.

Speaking with Swampland, Farrar spoke about his decision to leave the band in 1982.

He said: “I had to fly home for the birth of my son and I only got to spend one night at home and then it was back to the airport and back to the west coast to play more shows.

“That was very hard for me. We had a lot of internal problems in the band, drinking and drugs and just stress from the road. And living away from my family was like a living hell for me and I knew that I could not raise my family 5000 miles away. I made the choice to go home and raise my family.

“The last gig I played was May 9 at Six Flags in Atlanta.”

Following his departure from Molly Hatchet, Farrar went on to play with Predator, Section 8 and Gator Country.