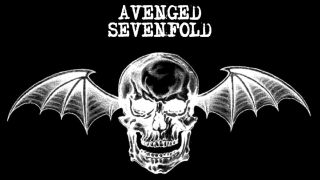 As Avenged Sevenfold have recently released a special edition reissue of their breakthrough album Waking The Fallen, we thought we'd look at why it's so revered...

Avenged’s penchant for gothic ambiences was made crystal clear with that eerie, sub-two minute intro. Metalcore was about to crown its new kings, and they were about to assert themselves with style.

One of the standout anthems of the early 00s, Avenged’s calling card has remained one of the few WTF tracks to stay in their sets ‘til this day. That breakdown in the middle still slays us.

Featuring the kind of biblically epic lyrics that wouldn’t be amiss on a Manowar album, this is a modern metal classic in every sense.

How many ‘Woahs’ do you need?! Seven (seven!) minutes of pure metalcore majesty. The genre rarely gets more epic than this.

The climax to their bold two-part mini-epic culminates in an absolute shredfest that unveiled a new star in Synyster Gates. Meat ‘n’ pots metal this ain’t, friends.

Read the full story behind Waking The Fallen in the latest issue of Metal Hammer.