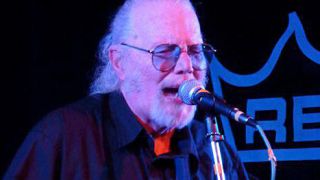 Former Man guitarist Deke Leonard has recalled the night his band played a show for an audience of one – but the single listener was Jimi Hendrix.

The once-in-a-lifetime experience took place at the iconic Speakeasy club in London in 1967, when Leonard was playing with his three-piece outfit Lucifur and the Corncrackers.

He tells WalesOnline: “The big names would often be out in force there, drinking gallons of tequila, swapping groupies and talking shop. The Speakeasy paid peanuts – but if you wanted to be spotted it was the place to be.”

Leonard and his colleagues were one of the many bands who performed as many as four sets on the same evening, with the earlier shows often poorly-attended as many of the regulars were in other parts of the country playing their own shows.

“We generally views this time as paid rehearsals,” he says. “A chance to try out new numbers, adjust arrangements and muck about.”

So he wasn’t surprised to launch into performance one evening while there was only one person in the club – and because of the low lighting it was impossible to identify him.

Leonard says: “We played our first song, and when it had finished the figure in the darkness applauded. We turned to him, bowed and told him he was a wonderful audience – and the largest crowd we’d played to in some time!”

When the set was over he went over to thank the listener. “It was Hendrix,” he recalls. “He was dressed in a black military jacket. My heart stopped, my mouth went dry and I broke into a cold sweat.

“He stretched out a huge bony hand for me to shake and said, ‘Far out, man.’”

Leonard admits his first thought was that he wouldn’t be able to play a second set now he knew who was watching. “I had to pour a large brandy down my throat,” the guitarist says. “I felt like I’d been judged by the highest court in the cosmos – and my entire existence had been vindicated by the fact I’d not sent him screaming into the street, his hands over his ears.

The story appears in Leonard’s book The Twang Dynasty, on sale now via Northdown Publishing.