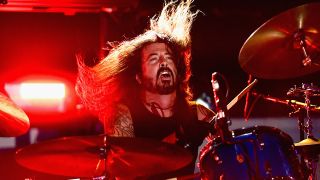 Foo Fighters leader Dave Grohl says his dream is to one day play drums with AC/DC.

The musician was speaking with Forbes about voting in today’s midterm elections in the US when he was asked who he’d love to play drums with if he could.

Grohl responds: “AC/DC. That's my last one, that's it. Phil Rudd is back though. If you dive back into their back catalogue, that early shit, there was a little bit more dynamic, then they settled into the groove.

“That's the thing. And it's because of Phil Rudd. It's AC/DC, but that guy holds the key.”

Will Grohl get his chance behind the kit? It seems unlikely, given that Rudd was photographed earlier this year at Vancouver’s Warehouse Studios – the location where AC/DC have recorded their last three albums.

While there’s been no official word from the camp regarding their current lineup of plans going forward, drummer Chris Slade – who joined the band on their Rock Or Bust world tour after Rudd was sacked in 2016 – gave his take on the rumours swirling around AC/DC earlier this week.