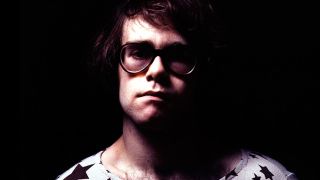 Zakk Wylde has often talked about how how Elton John was his introduction to music as a kid. So we asked him to come up with his top 10.

Lucy In The Sky With Diamonds

“My first memory of Elton was seeing him perform this song on the Sonny & Cher Show. I got chills and it was among the very first massive musical moments in my life. Once I’d heard it I wanted to go out and buy every Elton John record made.

“At the time I was so naïve, I had no idea it was a Beatles cover. When I told a friend’s older brother how much I loved Elton’s new song and he called me a dumb piece of shit. I was a day late and a dollar short.”

“It’s the opening track from the album of the same name and I still have some pretty powerful memories of buying that record as a kid, and the affect it had on me. It’s an amazing album from start to finish, even more so when you consider that Elton was putting out two albums in a year – and some of them, like Goodbye Yellow Brick Road, were doubles. That’s unbelievable.”

Funeral For A Friend/Love Lies Bleeding

“The opening pair of tracks from Goodbye Yellow Brick Road, one of those double albums I was just talking about: the big, scene-setting overture that leads into a song that’s more commercial. It’s a classic combination, without a doubt.

“With Elton it’s not just about the song, it’s also the production and the performances of his band. All of those guys, especially Davey [Johnstone] and Nigel [Olsson, drums], were incredible musicians, their parts were flawless. You surround yourself with greatness; if you and I were to open a restaurant then we’d headhunt the best chefs, and that’s what Elton did.”

“I always loved the way that song builds, from Elton playing solo at the piano at the beginning to the band kicking in. To me, it’s just flawless.”

“Gus Dudgeon’s production was so well done, and the bass playing [by Dee Murray] was completely incredible. Those lyrics made you sit back and wonder about all sorts of exciting things… I know it’s what happened to me when listening to that song as a small child. And Elton still plays it live, of course. My wife and I just saw him in Las Vegas a few weeks ago and it was ridiculously amazing, as ever.”

“It’s a classic and of course he played it when Barbaranne and I went to see him. He spent some time talking to the crowd about it; looking back at those lyrics [by Bernie Taupin], to have written them at 18 years old, Elton looks at it as a crown jewels moment in their writing partnership. It was definitely a milestone for them.”

Sorry Seems To Be The Hardest Word

“It’s just a very beautiful song by Elton and Bernie – so beautiful and well known that there’s really nothing more I can say about it.”

“It was on the radio all the time when I was a kid because it was such a massive hit. I didn’t know who Kiki Dee was but the duet they do together is just awesome, the voices and personalities sound so natural together. It’s another great Elton moment.”

Someone Saved My Life Tonight

This Train Don’t Stop There Anymore

“I guess that people might not know this one so well, it came out in 2001. They should Google the video, which stars Justin Timberlake as Elton John and is a spoof of the chaos backstage at one of his shows in the 1970s. Liza Minelli and Pee Wee Herman are in it, it’s fucking awesome.

“It’s like a vintage Elton song – the guy’s such a consistent songwriter. With a lot of artists there’s a cut-off point but not with Elton, I still wait for each new record. It’s the same as with the Stones, I’ll always check out a latest album. I’ve never had the chance to meet Elton and tell him how awesome he is, but I hope that someday it’ll happen.”