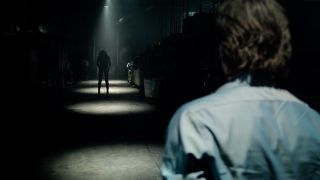 One of the most common complaints from old-school horror fans in the modern era is the lack of movies that live up to the classics. Then along came Lights Out last year, a movie that took established horror tropes and moulded them into something fresh, telling the tale of a home invasion but with many twists along the way.

“I am a huge horror fan, I’ve loved all of the old classics for pretty much my whole life,” says Mille Petrozza of thrash metal legends Kreator. “I hold those old vampire and monster movies very close to my heart, and I think it’s great to see that the horror genre is continuing to thrive these days – it’s a lot like metal in that respect! It never goes away.”

With his love of horror, Mille is certainly the man to trust when it comes to what to watch. And he believes that there is plenty still to get excited about, particularly in Lights Out.

“Kids these days want to see their own films, not be told to go back and watch the old stuff,” he laughs. “So it’s great that movies like Lights Out are being made for this new generation of horror fan. I went to the cinema to see it, because I think there’s something about being sat in the darkness while you’re watching all the horror and suspense unfold in front of you. I thought that I had seen every way in which the bad guy could chase after the good guys… but evidently not! It’s a really original idea, I had never seen a film where the tables get turned on the home intruder in that way, and the fact that this man who is blind and seemingly helpless can turn the tables on them and see more than they can was wonderfully unique.

“It just proves with films like Lights Out, Annabelle and Mother! that there is plenty of life in horror.”

With its unique premise and unpredictable plot, Mille urges every old-school horror fan to check out this new contender.

“This is a real rollercoaster, with so many twists and turns in it,” he says. “By the end I was almost hoping that everyone was going to die! That’s what I wanted, but… well I don’t want to give away any spoilers, but you never really know who you should be rooting for as an audience member. I love that it keeps you on your toes so much, people who haven’t seen this film need to go and invest the time in seeing it. I promise that it lives up to the legacy of the classic horror movies.”

For the best in horror to own now, click for DVD or Blu-ray; or watch on Amazon Video.