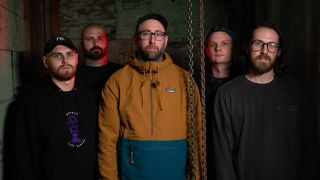 Formed in 2001 in Chicopee, Massachusetts, The Acacia Strain have seen some changes in the last two decades.

They were there for the rise (and fall) of MySpace, the decline of record companies and the rise of YouTube and streaming services, while the band themselves have grown-up in public, mutating from knuckleheaded moshers to the profoundly heavy and gothic metalcore of their astonishing new album Slow Decay.