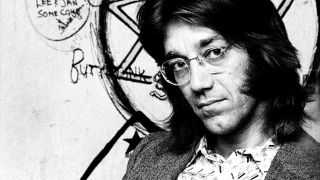 The spirit of The Doors may have died that fateful day in July 1971 when Jim Morrison was found dead in his bathtub in Paris, but the band’s heart and soul kept beating until May 2013 when founder member Ray Manzarek passed away.

From their formation in 1965 until the day he died, Manzarek spoke passionately and eloquently about The Doors and Jim Morrison, the man he referred to as Dionysus to his Apollo. In 2006 I spoke to him about his friend, and his band.

Shortly after they met at UCLA film school, Manzarek invited Morrison to move in with him and his girlfriend Dorothy.

“The three of us lived together in the same apartment overlooking the roofs and palm trees of Venice, and we planned this whole assault on American consciousness. And it happened. It happened the way we planned it,” he recalled.

“The tragedy, of course, was that Jim Morrison died. Because at the time we were first getting it together, he said: ‘Man, I want the rock’n’roll lifestyle.’ I said: ‘I’ve been playing in bars and clubs for a long time and I don’t really care about the lifestyle. I want to make the music. I want to get on the road and play to big audiences and put a lot of money in the bank.’ And he said: ‘Ah, I don’t care about the money. I just want the lifestyle.’ I said: ‘Hopefully we’ll have both, man.’”

Manzarek and Morrison’s shared passion for films led them to hire Paul Ferrara, their friend and fellow student at UCLA film school, to follow The Doors around on their 1968 tour with a camera crew. More than 45 years later, the resulting Feast Of Friends DVD was finally released.

For Manzarek, his period at film school came at a fortuitous time. “Dorothy and I and Jim were there for the great explosion of the art of the cinema. We were there for Ingmar Bergman’s films, Kurosawa, Satyajit Ray from India, François Truffaut. What a time. We were seeing all this stuff brand new. So we were in heaven. And we were smoking marijuana so we were doubly in heaven. And then we took LSD, so we knew then we were God. That was UCLA film school.”

Even in the face of Morrison’s self-destructive behaviour and catalogue of wilfully provocative acts that sabotaged The Doors, Manzarek was always Morrison’s most loyal defender. “Once he started drinking, something clicked. It’s like Cat On A Hot Tin Roof: the cat’s husband, played by Paul Newman, was telling his father why he drank so much. He couldn’t click that switch any more, but when he first started drinking, you’d click that switch and everything would just be coming up roses. Everything would be sunshine and lollipops and girls and fun.

So I think that’s what happened to Jim. I think that once he started to drink, it just made that click because of his genetic make-up, and he became free of all of the restraints of everything and all the pressures of being in rock’n’roll. He was just free. And then as it got to the end, maybe it wasn’t clicking the same way. When he was in Paris it didn’t make that click. He just kept drinking and it did him in. It killed him.”

When asked how much he missed his friend, Manzarek says: “Every day, virtually.” In Light My Fire, Manzarek’s autobiographical ode to his time in The Doors, much of the book reads like a love story about Morrison.

“Well, of course. It was. We were making music together. We were at UCLA.” And what about referring to himself as Apollo to Morrison’s Dionysus? “Oh, I don’t say that any more,” he replies gently. “I said it twenty-five years ago. I’ve grown up. I’m only a mortal human being. Jim is an icon; I play the keyboards. That’s what I do, play the keyboards in a band called The Doors.”