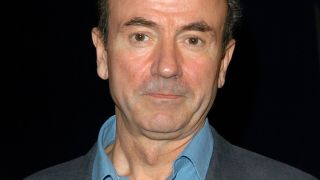 Sixteen years ago, after a sold-out gig at Alexandra Palace, Hugh Cornwell announced his resignation as frontman of The Stranglers, on the grounds that the band he founded in 1974 now felt like a “noose around my neck”.

You’ve now been a solo artist for as long as you were in The Stranglers. How does that feel?

It feels like I’ve arrived somewhere, psychologically, you know what I mean? It puts my time in The Stranglers into perspective. And I’ve now done as many solo albums as I did albums with them, so it puts that in perspective as well. I see my time in that band as being a very lucrative and satisfying apprenticeship to what I’ve been doing since I left. Do I see the solo years as the main event? Oh yeah. Absolutely.

How come you still tour so regularly? Is it a pathological need for applause, or financial necessity?

Unless I stop getting the offers, I’m going to go out and fulfil the invitations. If you’re invited to a party, you want to go – and I always think of my gigs as parties. But it’s a bit of those things you mentioned. In today’s musical environment, where downloading has overtaken record sales, a live profile is very important. If you don’t tour, you’re looking at a very difficult way of sustaining a career, because people want to see you out there doing it.

What does a typical Hugh Cornwell audience look like these days?

I get three distinct groups at my gigs. One is the old Stranglers nuts – the ones who forgave me for leaving, that is; the ones who never forgave me don’t come. Then I get the younger generation of Stranglers fans who know about me through their parents. The third lot are people who have gravitated to what I’ve done since I left the band, and don’t want to hear any of the old stuff.

You spend your time surrounded by authors and rock stars. Whose behaviour is worse?

By definition, writing is a very solitary existence, so they tend to be more introverted. The last literature festival I did, I was sandwiched between Ian McKellen and Julian Clary. There wasn’t a backstage area and nobody was hanging around, but I did have a chat with Julian. He readily accepted a drink from me – then didn’t return the favour. So maybe you could say that authors are a bit tight. That’s true from my experience.

Are you more nervous on stage reading to an audience at somewhere like the Hay Literature Festival than playing music at Islington Academy?

When I first did the readings from my book I was nervous. But it turned out to be a piece of piss. It’s so easy just standing up there and reading something. You don’t even have to remember it. When you’re playing songs, you’re relying on memory; on muscle memory for your fingers to play the right notes. And literature crowds are very reverential. They’re very respectful.

Do you still consider yourself to be a punk? Did you ever?

I never did. I was too old to be a punk – and I could sing too well. We had keyboards. We had a drummer who was getting on for middle-age. Everything about us said that we weren’t punk, except the fact that we were a bit belligerent and our songs were fast. But it’s easy to forget that there were other groups – Blondie, The Jam, The Police, Ian Dury – that all benefited greatly from their association with punk. You can’t say that [Ian Dury’s] Hit Me With Your Rhythm Stick is punk. But who cares? Punk was the gateway for us all.

You sound like you’re enjoying being your own boss.

When you’re in a band, your whole existence is a compromise. There are certain things you can’t do, unless you’re totally irresponsible. In The Stranglers we were all quite active at putting our six-pennorth worth in. There was no way I could have said: “Well, I’m off to do a stage play for six months, so sod you lot.” Another thing about a group is that you’re playing with the same people all the time. It can actually be quite stultifying.

Plus, of course, The Stranglers did tend to bicker a bit.

[Wearily] Yeah. Bicker. That’s a good word for it. I like that. We did bicker a lot. I went into the complex relationship between me and the original members in my book A Multitude Of Sins, so it’s going to be a bit tedious for me to go into it all again. But, to put it simply, it just got to the stage where I got bored.

How much contact do you have with the other members now?

None at all. I did show an interest in their progress, but I got to the stage where I got fed up of picking up articles and hearing them take any possibility to disadvantage and discredit me. I made a decision that I didn’t want anything to do with people who were going to behave like that. I put a lot of dedication and work into that band, and when I left I’d have thought I’d have got a bit of respect for that.

Do you ever wish the rest of The Stranglers would knock it on the head?

Well, it has made my life more difficult, because they’re continuing with the name, which I didn’t want. But no, I wish them all the best. When you start playing music, it’s a real bug and it gets in your blood and you don’t want to stop. So good luck to them, y’know?

Does it irritate you that people still refer to you as ‘ex-Stranglers frontman’?

Well, I always will be, won’t I? It doesn’t irritate me, because it’s a fact.

A lot of people noticed the similarity between The Stranglers’ 1979 single Duchess and the Manics’ If You Tolerate This… So has Hugh.

“It was bandied around when it came out. I think the publishing companies involved have musicologists who study these things and decide whether to take action. No action was taken, so obviously it didn’t resemble it that much. It doesn’t bother me. Everyone plagiarises everything anyway. It’s the nature of the beast. I mean, you could say The Beatles doing Back In The USSR was plagiarising the Beach Boys. But they only did it because they loved the Beach Boys. So when does an influence become plagiarism? It’s not something I spend a lot of time thinking about.”

IN BRAINS WE TRUST

Hugh Cornwall has a bachelor’s degree in biochemistry. Here are five more graduates: