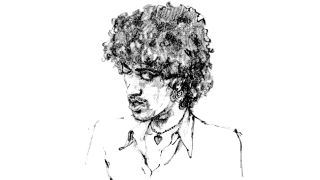 To many 1970s rock fans, Thin Lizzy were always on a mission to capitalise on their – to quote the title of their 1977 album – Bad Reputation.

Yet Phil Lynott harboured an ambition to be revered for his bard reputation too.

Lynott published two books of poetry to showcase his scholarly slide. His first collection, Songs For While I’m Away, came out in ‘71, followed by the plainly titled Philip Lynott three years later. In each case the majority of the ‘poems’ were actually song lyrics. But it’s testament to Lynott’s talents as a wordsmith that his romantic phraseology lives and breathes on the printed page.

Be it about a juke joint and someone with their ‘sickle’ outside (wanna try?), or about fragrant fields and schoolboy eyes, Lynott’s libretto was always several cuts above the rock’n’roll norm. Indeed, in isolated form, the words to songs such as Little Girl In Bloom and Black Boys On The Corner take on a far more intimate nature.

Talking to Phil about his poetry in ’74, Classic Rock’s Geoff Barton wondered if the Lizzy man was wary about baring his personal thoughts in a non-musical context.

“On the records it’s cool, but in the books it strikes me as being a little different,” he admitted. “Sure, I can talk about the book as a book alone, but the minute you sort of go into particular poems it gets so embarrassing. But the nice thing about it is that people are looking at me now and saying: ‘Yeah, he writes a decent lyric or two.’ They realise that I’m not just a singer in a rock’n’roll band. So now I know that people are going to be listening to me, it’s definitely going to be harder to write songs. I want to try and make them more meaningful and spend more time on them.

“Most of my songs are autobiographical,” he continued, “that’s what inspires me to write. If I experience something, and I think that experience is worth sharing with somebody else, then I write a song. My whole reason for writing songs is to share my experience with… whoever. Maybe the person who listens to our records, or who has the book. I hope it’s an experience that they can relate to.”