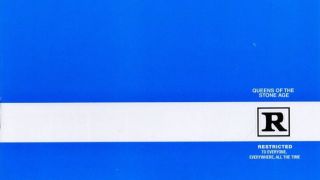 QUEENS OF THE STONE AGE

There are many ways you can get people’s attention at the start of a record. I’ll never forget the first time I heard Pantera’s The Great Southern Trendkill and was blown away by how an album could open with that level of ferocity. The drums that fill your ears like gunfire at the opening of Mastodon’s Blood Mountain also spring to mind when it comes to memorable album openings but the daddy of them all, to these ears at least, comes in the form of naming more drugs than Charlie Sheen and Robert Downey Jnr could consume in a weekend. Feel Good Hit Of The Summer’s thudding, trance inducing call to arms is as captivating an album opener as you will find and is the prefect starting point for this trippy, all encompassing journey.

On an album that goes from pure rock fury to laid back, baby-making vibes, the one true constant throughout the album is groove. Sweet, sweet groove that grabs you like a velvet chokehold on each and every one of these tracks (even when those fucking trumpets come in at the end of the album) and never relinquishes her grip. Whether that groove is found on the pumping, hip-shaking feel of Monsters In The Parasol, the campfire beauty of acoustic instrumental Lightning Song or the psychedelic stop-start vibes of Leg Of Lamb, each song is driven by beats that enthrall and hook you to the point that they could go on forever and you’d be too lost in it’s constraint to give a single, solitary fuck.

Something that Queens aren’t given enough credit for are their catchiness and Rated R is rammed full of all-time classic songs that have vocal lines the size of mountains. The Lost Art Of Keeping A Secret brims with flamboyant guitar licks and that irrepressible liquid bass but when the guitars go off like a landmine, that chorus is the stuff of legend. The desert punk of Quick And To The Pointless might have a Nick Oliveri vocal that could best be described as unhinged but, by god, that “baby, baby you’re so sweet” refrain is a motherfucker to dislodge from your head. I’d mention Homme’s smooth as butter delivery on Better Living Through The Chemistry but, frankly, we don’t want to make ovaries all over the world explode.

In truth, you could pick any of QOTSA’s first three albums and describe them as a classic record. Grohl’s powerhouse tub-thumping on Songs For The Deaf adds the stuff of legends on top of stellar songwriting and that debut album is all rock and roll abandon and ‘couldn’t give less of a fuck’ attitude but Rated R gets our vote just for its ability to take you out of the world and make you truly lose yourself in the music. There’s magic in that. We can romanticise it all we like but there’s nothing like experiencing it. Put it on now and give yourself away to it.