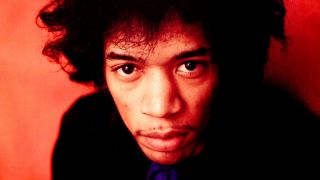 When Jimi Hendrix died on 18 September 1970 he had released three studio albums, one live album and a hits collection. Since then there have been literally hundreds of Hendrix albums issued, to the point where it seemed like every time he strapped on his guitar somebody pressed record.

In the aftermath of Hendrix’ death the management and record company rummaged through the piles of tapes at his Electric Lady studio in New York where Hendrix had spent over a year recording a new album and hastily compiled a series of cash-in albums – The Cry Of Love, Rainbow Bridge, War Heroes and Loose Ends – with little rhyme or reason and certainly without reference to Hendrix’ intentions. Then they started combing through the innumerable outtakes and jams, sometimes arbitrarily replacing the rhythm section on discredited albums such as Crash Landing and Midnight Lightning.

They also sifted through the live tapes but seemed to play more attention to the status of the gig than the quality of the performance. His highest profile shows – at Woodstock and the Isle Of Wight – were both disappointing performances.

Meanwhile the bands with whom Hendrix had played as a sideman before moving to England in late 1966 – including Little Richard and the Isley Brothers among many others – were checking their tapes for signs of Hendrix, prompting a flood of dubious releases that may or may not have included the incipient genius. Approach anything recorded before 1967 with extreme caution.

Not until the Hendrix family regained Jimi’s estate and set up the Experience Hendrix label was some semblance of order restored to Hendrix’ catalogue, although there is still way to go.

So here are six essential Hendrix albums released after 1970 that amply demonstrate why he remains the world’s most influential guitarist. Then you can begin to explore the rest of his voluminous catalogue, armed with enough knowledge to avoid the obvious pitfalls.

Finally, after 27 years, this is the closest approximation of the album Hendrix was finalising when he died, based on the title and handwritten track listing on one of the tape boxes. He would almost certainly have made some changes (hopefully ditching the cod-psychedelic Astro Man) but this at least has the feel and structure of a proper album and gives you a sense of where Hendrix was heading.

After a tight funky start with Freedom and Izabella Hendrix veers between gentle ballads like the incandescent Angel and Drifting and blues rockers like Dolly Dagger and In From The Storm, finishing with the clever, introspective Belly Button Window. Producer Eddie Kramer does a good job of disguising the fact that many of the tracks are incomplete.

The live-in-the-studio, one-take format of a BBC session was an unrivalled opportunity for a band to test themselves and their material and the newly formed Jimi Hendrix Experience took full advantage on these 1967 sessions, the earliest of which predate their debut album.

In addition to previewing tracks from their first two albums the Experience expand their blues repertoire with Hoochie Coochie Man, Driving South and Catfish Blues while covering Bob Dylan’s Can You Please Crawl Out Your Window,. The Beatles’ Day Tripper, Elvis Presley’s Hound Dog and Stevie Wonder’s I Was Made To Love Her with the composer sitting in on drums (!).

The 2-CD set is topped off with their infamous 1969 BBC TV appearance on A Happening For Lulu when they caused live havoc by switching from a lacklustre Hey Joe to an unscheduled Sunshine Of Your Love.

A ‘Best Of The Rest’ collection of unreleased tracks and alternate versions that’s drawn from across Hendrix career. There a 1967 demo of Angel that lay dormant for two years, an instrumental version of Little Wing, early versions of Message To Love and Midnight Lightning, revealing alternate mixes of All Along The Watchtower and Drifter’s Escape and the fascinating title track — complete with horn section — that inexplicably failed to make the cut on Electric Ladyland.

This album is your litmus paper test: if it leaves you insatiably curious then there are more albums to explore, though none encapsulate what’s on offer as neatly as this.

Hendrix’ first American show – at 1967’s Monterey Festival – remains one of the most explosive rock debuts ever. The seemingly wild and carefree performance with a (quite literally) incendiary ending masked the careful planning that went into the set.

Hendrix knew exactly what he had to do to grab the audience (and upstage the Who who were following him). The fiery opening Killing Floor, the sensuous Foxy Lady, the epic Like A Rolling Stone and the frantic Rock Me Baby are a devastating display of shock and awe delivered with a disarming jokey nonchalance.

Originally released as Band Of Gypsys in June 1970, this album recorded over the 69⁄70 new year didn’t even begin to tell the story. It sounded like Hendrix idly jamming with a couple of mates.

It took this 2-cd set from across all four shows to demonstrate that this was Hendrix saying farewell to the Experience and launching a whole new phase in his musical career. In the company of old army Billy Cox and fiery drummer Buddy Miles, Hendrix takes flight with a series of instinctive improvisations that range from introspective to inspired. It sets the template for how he will play for the rest of his life.

Hendrix’ concerts during 1970 varied in quality, mainly a result of the various hassles he was facing: managerial issues, interference from the black power movement, audiences who came to party rather than listen.

But the appreciative college crowd at Berkeley Community Theater on May 30 set him at ease. He’s in a relaxed mood for the second show, opening with two new songs, Pass It On (Straight Ahead) and Hey Baby (New Rising Sun) that he has earmarked for his next album.

He is clearly happier with Mitch Mitchell back alongside Billy Cox and puts an expansive sheen on Stone Free, Hey Joe and Foxey (sic) Lady before finishing with an 11-minute Voodoo Child (Slight Return), rated by many as the best live version you’ll hear.