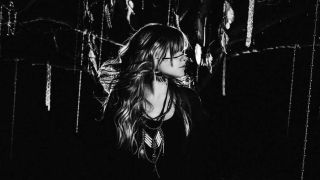 Belgium doesn’t have much of a reputation for rock. While Aborted might be familiar faces to death metal fans, it’s probably Soulwax’s Dewaele brothers who have the biggest reputation abroad, and that’s mostly for their work as discotastic mash-up maestros Too Many DJs.

Black Mirrors might be about to change all that. Made up of singer Marcella Di Troia, guitarist Pierre Lateur, bassist Gino Caponi and drummer Edouard Cabuy - four friends from the south of Brussels - the band have just released their first video, and the song is a stormer. It features a verse that rips along like Royal Blood, a chorus that soars like Halestorm, and is instantly memorable in a way that many modern rock songs aren’t. It’s a tune. Throw in a nod or two to some of rock’s classic names, and you’ve got a track which might just make a noise beyond Belgium’s borders.

“Initially Funky Queen - from a musical point of view - was far more complicated than how it is today,” say the band. “There were many different parts that have been revised to eventually come to the current version. We composed the final version on a folk guitar which helped us getting more into the essence and feeling of the song.”

We asked Marcella to give us the low-down.

How did the band get together?

During the summer of 2013 I wanted to form a female band. I found a drummer and a bass player but had some problems finding a female guitar player, someone who could play like Pierre, as I really love his sound. I couldn’t find a girl who could do that, so I asked Pierre to join the band. After some jamming, we wanted to work harder and to write our own songs but the girls didn’t have time to invest in the project. So we invite two old friends, Gino and Edouard, to join the band. So, we finally got our rhythm section. We recorded our first EP and did our first gigs with this line up late 2013.

How would you describe the band to a complete stranger?

Black Mirrors is a garage/rock band with a lot of influences such as Janis Joplin, Jack White, Led Zeppelin, Queens Of The Stone Age and Jimi Hendrix.

How did the deal with Napalm come about?

In summer 2015 we were invited to play in Germany at the Out and Loud festival. Napalm were there as they opened the festival with a Napalm label night. Some of their bands played and they found us a slot to play. That was our first contact. We stayed in touch with them for a year and last summer we sent them our new songs. They liked them and Napalm offered us a deal.

Who is the Funky Queen?

She’s a queen who provides a gift: a black mirror that confronts everyone with their own demons.

What is the significance of your make-up?

It is a way to get things out of me on stage. With this make up, I feel completely free to give everything.

Do you have any plans to visit the UK?

No plans for now but we would love to play in the UK! We are really looking forward to doing this one day.

What other bands from Brussels should we look out for?

In Belgium, we have a lot of good bands such as Moaning Cities, Thyself, It It Anita, The Banging Souls, Jane Doe and The Black Bourgeoises, to name but a few.

Funky Queen is released on March 3rd 2017 on Napalm Records. Black Mirrors will be on tour in Europe throughout March (dates below).