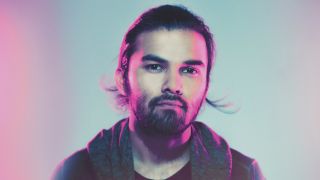 “I got arrested for breaking into my high school when I was 16. We only broke into the canteen for snacks! I got kicked out and I moved to a different school, but in the end I much preferred my new school, so there’s definitely a silver lining there.”

“I’m not that metal, to be honest… I have Job For A Cowboy’s Doom EP, which isn’t necessarily my cup of tea but it’s the most metal thing I own.”

“When I was 10 years old, I had a cream soda bottle in the freezer that had completely frozen, so I got a knife to try and cut it out. The knife slipped and I sliced my hand open. When my mum came, I told her I was trying to climb through a broken window.”

“I went to a birthday party in my last year of high school. I was pretty broke but there was a two-for-$10 offer on some South African white wine. That kind of offer is a bad start already, but I destroyed those bottles very quickly and had a pretty awful night afterwards.”

“When I was three or four years old, I have this distinct memory of being at a family friend’s house who had kids that were slightly older than me and my sister. This one girl told me to get really close to her and she farted right in my face and it was all in my mouth. To this day, that is the worst smell I’ve ever smelled and I threw up all over her bed.”

“I’ve not been in too many fights, I’m a pretty good boy. I get in silly Twitter arguments though, does that count? Half the time it’s a joke but I’m acting like I’m being mean. Sometimes people will call me out and I’ll retweet them as a joke.”

“Four days ago when I was at my girlfriend’s house. I’m pretty sure her cat is bipolar, so I’ll be petting her and just out of nowhere she’ll snap and scratch me up. She got me pretty good this time. She’ll walk away and come back in 10 minutes asking to be petted again.”

“I’ve got a friend named Colby, and one of our mates made up four or five shirts for his birthday with this crazy design for a made-up rap project Colby had. It’s got his name and an outrageous design with his head on it. Nobody else has that so I have this crazy exclusive piece.”

“I pierced my own lip when I was 15 – that really hurt. I just shoved a safety pin through it and closed it up and let it heal. I got weirded out halfway through though, and left it hanging there for a minute. But it’s the one I’ve still got today, so I think I did a good job.”

What’s the most metal picture on your phone?

“It’s kinda metal to me, this is a picture of these three wolves. One’s a female protecting the male wolf, and the female appears to hide underneath the male pretending to be scared but she’s actually covering his throat from the assailant. It’s pretty metal because that female will really take that other wolf down.”

Not the most epic showing from Marcus, but he gets by through eating farts and wrestling cats. Fair play, fella. Mesmer is out now via UNFD. Northlane hit the UK this November.

The 10 best prog-metal albums, as chosen by Northlane