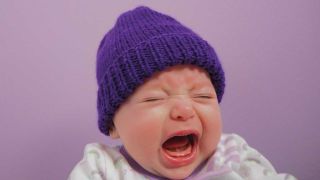 On Saturday night, after blowing the roof off Alexandra Palace in London, Parkway Drive announced that they’d be heading back to the UK this August to headline metal Mecca, Bloodstock Open Air.

Now, to us, this is generally Very Good News. A modern, ambitious metal band who now pack a huge live show and can fill big venues are being given the chance to take a stab at headlining an outdoor festival here in the UK. It’s the kind of thing us metalheads should be celebrating, right?

Well, you’d think so, wouldn’t you? As it turns out, some People On The Internet aren’t very happy about Parkway coming to Bloodstock. So, in the interest of journalism, we decided to bring together ten of the most hilarious, over the top and straight-up daft reactions for your viewing pleasure. These are all legitimate reactions from Bloodstock’s Facebook page.

To be clear: this is a bit of fun, everyone has the right to an opinion, and we're in no way saying that everyone has to like Parkway Drive. Debate is good, concern at the things we love evolving is understandable. Some people do take it a step further, however...

“All about the money for you wankers, not the fans. I remember when it was the other way round! How quickly people change with MONEY & FAME.”

You’ve got them there. A festival featuring Rotting Christ in a premiere slot is definitely chasing that almighty dollar. Absolute corporate shills, the lot of them. We heard Grand Magus are going to play a private Barclays event on a yacht straight after their set.

“Parkway Drive? Is this Bloodstock or fucking Leeds fest? Give it five years and The 1975 will be headlining”

The 1975 had a treadmill on stage recently so they’re already channelling Rammstein. Joke’s on you, pal.

“This festival was my home and now it’s dead to me.”

Serves you right for living in a field, mate. What are you, a llama?

“Quite possibly the worst lineup I have ever seen at BOA. Really sad and such a shame, it was such a great alternative to the mainstream metal shitfest that is Download, now it’s becoming a smaller version of it.”

Yeah, we wish it would go back to the years of booking real, extreme underground headliners like Europe. Mainstream Metal Shitfest is quite a good name for a festival, actually...

“Pathetic. Give up organising festival lineups; you suck at it.”

At least this guy uses a semicolon properly.

“Looks like I’m asking people who they’re at Bloodstock to see before I share booze with them. Metalcore posers get nothing from me.”

We’re sure they’ll be absolutely gutted that coming to a festival to see their favourite band means they won’t get to swig on a can of piss-warm Fosters from a rando.

“That’s just dropped Bloodstock to an all time low! Are you really that desperate for bands?”

Don’t bring All Time Low into it, mate, these people will lose their rag!

“Worst lineup I’ve ever seen and Parkway headlining is ridiculous compared to what they have already announced.”

Wait, so you think the whole lineup is crap, but you’re offended by Parkway headlining because you think it should be one of the other bands playing, all of whom you think are crap?

"I am guessing people saying they are a great live band are amazed by all the pyro and not their talent, if you want a an amazing band with live talent and pyro go and watch Rammstein and not the poor man's version."

It's true: a Parkway gig is just Winston doing push-ups while a ton of fire flies about everywhere.

“This is the biggest disappointment since my son.”

Bloodstock Festival takes place August 8-11. There are bands other than Parkway Drive playing.