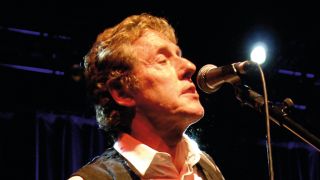 There was a brooding antagonism between the members of The Who. How did you manage to stay together for so long?

I think we all recognised the strength in numbers. We’d all been in enough bands to recognise what it takes to be a great band, and you know when the music’s good… If the music’s good you can put up with any of the other shit. There was only once where the personalities really… I don’t know whether it was all me. It certainly can’t ever be all one person, but my personality was definitely clashing with the others. And it was more to do, not particularly with the personalities, but the drugs they were taking at the time. Which were the opposite to the drugs that I was taking.

Just how bad did things get?

I had a really bad fight with Keith. That was over drugs, because the playing had gone really, really downhill. We were on our first tour of Europe and I slung the drugs away, because it was purple hearts and speed and it just was a fucking mess. I thought, ‘This band’s going to self destruct.’ And I had one fight with Pete where I knocked him out, which I’ve always felt bad about, because it was so unnecessary. But I had no choice, because unfortunately I was the one being held back and he was hitting me with a guitar at the time.