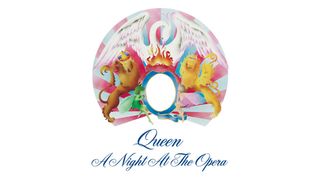 As the 1970s became the 1980s and all four members of Queen blossomed as songwriters, their albums started to sound like musical tugs-of-war. In fact, Freddie Mercury compared the group’s competitive streak and overall dynamic to “four cocks fighting”. However, the feathers were already flying on 1975’s ground-breaking, six million-plus selling fourth album, A Night At The Opera. Time, then, to separate its trinkets from its crown jewels…

12) Lazing On A Sunday Afternoon

Rock, pop and vaudeville – it was all fair game to Freddie Mercury. As fun as it is, the trouble with Lazing On A Sunday Afternoon is that Mercury had already written one vaudeville pastiche, Bring Back That Leroy Brown on Queen’s Sheer Heart Attack album. The world didn’t need another.

Brian May has always been a one-man guitar orchestra, and rarely more so on this homage to Dixieland jazz, in which he sang a charming When I’m 64-style lyric while his guitar mimicked a ukulele-banjo and a clarinet. Once heard, rarely played again, though (unless it comes up unexpectedly on iPod shuffle and you can’t forward it quickly enough).

Queen’s version of the National Anthem closes A Night At The Opera album – and quite rightly so. Where else should it go? Still a testament to Brian May’s regal guitar skills, the most surprising thing about God Save The Queen is that it took the band four albums to get around to recording it.

More old-time musical japes from Freddie. But preferable to Lazing On A Sunday Afternoon thanks to Mercury and Roger Taylor’s pin-sharp harmonies, some imaginative use of kazoo and the singer’s final payoff ‘Give us a kiss!’ which, unusually for Freddie, is delivered with all the grace and panache of driver Stan Butler leering at a buxom ‘clippie’ in the 70s TV comedy On The Buses.

Even Brian May’s tidy Zep-meets-Free riff can’t save Sweet Lady from obscurity. True, there’s a nice Communication Breakdown-style guitar dust-up at the end, but May would do it better in the years ahead (see: Tie Your Mother Down, Hammer To Fall…). Also contains one of the worst Queen lyrics ever: ‘You call me sweet, like I’m some kind of cheese…’ You what, Brian?

On paper this Brian May-composed pomp epic should be one of Queen’s finest hard rock moments. But it struggles to match past gems such as Brighton Rock and Father To Son. Instead, it’s an oddly sluggish affair – like Jethro Tull on Night Nurse – but salvaged by that insane a cappella vocal mid-section.

Brian May once described 39 as “sci-fi skiffle”. But while he does set a Robert Heinlein-inspired lyric to a Lonnie Donegan guitar thrashalong, its sing-song campfire melody and simple charm make it May’s best song on A Night At The Opera.

Some would give Roger Taylor points on his licence for I’m In Love With My Car, the B-side to Bohemian Rhapsody. But why? The 1975-vintage Taylor, with his blonde girl’s hair and fine line in self-aggrandising, laddish rock songs (see also: Tenement Funster), captures the essence of Queen’s barefaced cheek and grandeur. Plus, any song that rhymes ‘forget her’ with ‘carburettor’ can’t be all bad, can it?

It says much about Queen’s embarrassment of riches that this romantic ballad (reputedly written for Mercury’s soon-to-be- ex-girlfriend Mary Austin) was dropped from the set in the mid-80s despite becoming an audience singalong at shows in the late ‘70s. Other, lesser bands would have clung on to it for dear life – and forever.

Freddie Mercury nicknamed Queen bassist John Deacon “the ostrich”. Deacon’s songwriting moments were rare, but he laid some golden eggs (the most golden being Another One Bites The Dust). However, You’re My Best Friend, a slightly twee pop song dedicated to Deacon’s missus Veronica, came first. Not that his bandmates liked it: Taylor thought the lyrics too soft and Mercury refused to play electric piano, making The Ostrich play it instead. But what did they know?

For all his charm and wit, Freddie Mercury could be a vicious sod. And the opening track on A Night At The Opera, apart from being close to its best, is certainly its most vicious. Lyrics such as ‘You suck my blood like a leech’ were aimed at Queen’s ex-co-manager Norman Sheffield, and were so vituperative the now late Sheffield threatened Queen with a lawsuit. From its Hammer Horror movie intro through May’s scything guitar solo and Mercury’s impassioned ‘You’re tearing me a-p-a-r-t’, this is Queen at their rococo rock finest.

Over-familiarity, over-exposure and hearing that terrible version in a recent TV ad for a well-known holiday company, has truly taken the shine off Bohemian Rhapsody. Yet to put Queen’s mini-symphony anywhere other than at number one seems churlish and, worse still, fake. More than 40 years on, its daring fusion of heavy metal, show-tune balladry and light opera remains the high watermark on A Night At The Opera, and a tribute to 70s Queen’s collective imagination and sheer bravado.