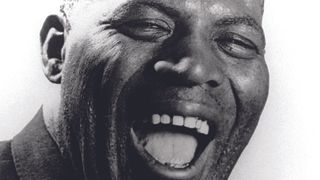 In Britain, ‘pony’ triggers thoughts of jodhpurs and gymkhanas, or perhaps The Archers. In an American context, the word has very different resonances: the wild west, the Pony Express. The horse was an essential component of the agricultural-industrial machine that made and extended the American frontier. But it was also part of the everyday equipment of the farmer – pulling a plough, carrying a rider round his property, hauling a wagon or buggy to town. A hundred years ago, most African-Americans in the rural and small-town south grew up around horses and ponies. So, naturally, the musicians of those communities sang about them.

Our song-story starts with Charley Patton. Horses would have been part of the landscape of the farm he worked on, the Dockery plantation between Cleveland and Ruleville, Mississippi, and they trot into several of his songs, beginning, in 1929, with Pony Blues. ‘Catch my pony, saddle up my black mare – I’m gon’ find my rider, baby, in the world somewhere… Got a brand-new Shetland, man, already trained – get into the saddle, tighten up on your rein.’

This is as much as you hear about ponies in the song. Patton, though perfectly capable of composing a thematic blues and keeping to the point, as he did in the flood song High Water Everywhere, also liked to work in a way that seemed more random too, apparently just throwing verses together. Most blues singers of his time did the same. But often the process wasn’t as random as it might appear. There are four other verses in Pony Blues, and two of them have to do with movement: the wind that blew down a telephone line, the train that carries away the singer’s girlfriend. You might read something similar into the last line, in which the singer shows his hand: ‘I don’t want to marry, just wanta be your man.’ No commitment here: any day now, he too may be taking that train, or riding that pony.

Set to one of Patton’s trademark guitar parts, but impulsively gathering speed through the three minutes of the recording, Pony Blues was Patton’s first release on Paramount, and one of his more successful numbers. No Patton 78 is common, but collectors will tell you that this one shows up more than most.

In 1942, with Patton eight years dead, his friend Son House was still singing a version of the piece. Recorded by Alan Lomax for the Library of Congress, House sang a Pony Blues that started with Patton’s first verse but then took off in a different direction. Three days later, Lomax recorded the young Honeyboy Edwards; he didn’t do a Pony Blues on that occasion, but years later he did, recalling four of Patton’s verses.

Pony Blues, or at least its core image, was becoming imprinted in the pages of the Great Delta Blues Songbook.

So Pony Blues, or at least its core image, was becoming imprinted in the pages of the Great Delta Blues Songbook, and we might wonder why we don’t have a version by an admirer of Patton and House, namely Robert Johnson. What we do have, from roughly the same period, is a curious recording by Johnnie Temple.

You don’t read much about Temple nowadays, but in the 30s and early 40s he was a contract artist for Decca Records’ blues catalogue, recording regularly for the jukebox trade, often accompanied by another popular Decca act, the Harlem Hamfats. He had a hit in 1936 with Louise Louise Blues, a song you can still hear people singing. But though his records were musically up to date, his themes often threw back to his youth in Mississippi, where had known Skip James, and he was the first person to cover James’s Devil Got My Woman, in 1935 – before Robert Johnson. In Jackson, Mississippi, Temple also knew Ishman Bracey and the McCoy brothers, guitarist Joe and guitarist and mandolinist Charlie, founder members of the Hamfats.

Temple’s My Pony (1940) reconstructs Patton’s, including the two stanzas that mention a pony but fitting new verses around them, while the musical accompaniment is relaxed small-group jazz, with airy trumpet-playing by ‘Red’ Allen. Listening to it, anyone who had grown up on a plantation like Dockery’s might feel a sense of liberation. The fresh ambience of the piece turns rural desperation into urban aspiration.

In his taste for retrieving old back-country subjects but resetting them in musically modern frames, Johnnie Temple seems like a forerunner of Willie Dixon in his work with Howlin’ Wolf. And, as it happens, it was Wolf (though before he hooked up with Dixon) who was the next singer to dig his spurs into Pony Blues, with his 1952 recording Saddle My Pony, produced for Chess Records by Sam Phillips at the Sun studio in Memphis. By now, the pieces of the original song are flying apart, and Wolf remembers, or at any rate chooses, to feature only Patton’s first, establishing verse and his last one. But the verse he adds to the song, about his baby having a heart like railroad steel, is straight out of another Charley Patton song.

With the blues revival of the 60s, and the reissue on LP of many long-lost recordings, a new generation of musicians had the chance to become acquainted with the repertoires of blues artists like Patton and House, and to ransack them for material convertible to modern instrumental settings. Prominent in this group were Canned Heat, at least two of whom were ardent record collectors, instinctively attuned to the work of old bluesmen. (The band’s name was derived from a song by Tommy Johnson, and their hit Goin’ Up The Country was based on a 20s recording called Bull Doze Blues by Texan songster Henry Thomas.) Canned Heat’s Pony Blues reaches back beyond Wolf to Patton, rechannelling four of his stanzas, but it rearranges the melody as a brisk and yet spaced-out rhythm track, with the lead guitar inserting little stings, like on Slim Harpo’s I’m A King Bee. The effect could hardly be more late 60s if it came with an accompanying smell-track of grass and patchouli oil.

Canned Heat took Pony Blues for a canter on a new course, and it responded willingly enough, but, like a lot of the blues journeys musicians made in that period, it proved to lead nowhere in particular. In future, almost everyone catching that pony and saddling up that black mare would do it much as Charley Patton had. The exception is Taj Mahal, whose 1997 Saddle My Pony is faithful to Wolf’s, verse for verse, right down to the extended harmonica coda. But then, it was made for a Wolf tribute album.

Snooky Pryor’s 2001 version was also made for a tribute album, but one dedicated to Patton, and it was so exactly true to the original text that you feel he must have refreshed his memory by listening to Charley’s recording. Alvin Youngblood Hart’s reading, on his 1996 debut album Big Mama’s Door, shuffles the stanzas around but pretty much preserves them as they were in the original, along with a Pattonesque guitar part.

Twenty years on, Hart’s favourite means of self-presentation is not as a country blues revivalist, and UK readers’ most recent encounter with him may have been on Ian Siegal albums Candy Store Kid and The Skinny. And it’s Siegal who has been the latest rider to mount that pony. On his 2014 live album Man & Guitar he introduces the number with some fighting talk. “Charley Patton was the greatest guitar player who ever lived. Now, you may have a different opinion about who was the greatest guitar player who ever lived – but you’d be wrong. You may think it was Jimi Hendrix, and I’d like to agree with you, but then we’d both be wrong.”

Whereupon Siegal launches into a tempestuously paced Pony Blues, not a trot or a canter but a full gallop, adapting Patton’s guitar line while recovering almost all of his verses: the black mare and the Shetland, the storm-wrecked power line, the brownskin woman good enough to eat, the girlfriend catching the morning train, the singer’s blues coming down like showers of rain.

It’s the kind of scene, common in old blues, that not many present-day singers can plausibly evoke. Pony Blues is a document of what a black southerner thought and felt and sang almost 90 years ago. Our experience of negotiating the complexities of life in the 21st century does not equip us to understand these small, stark dramas of achievement and loss, of contact made and contact broken. But they are not in themselves unencountered events or unknown emotions; we just aren’t familiar with the way the stories are being told. These are not our sort of images, this
is not our kind of language. It’s one of Siegal’s gifts that by skill and imagination he can bridge Charley Patton’s time and our own, make this old song resonate again.

I’d like to say that Siegal’s is the best version of Pony Blues… but I’d be wrong. (And I think Siegal himself would probably agree with me.) But although Charley Patton, saddled up on his black mare, carries on riding into the world somewhere, the Englishman watches his tracks, and follows close behind.