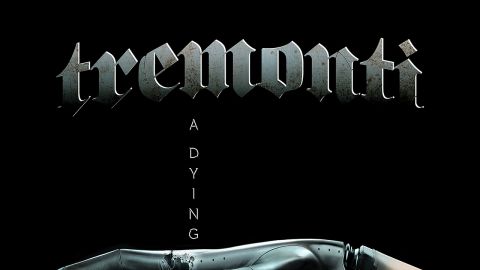 Does anything chill the heart more than the phrase “concept album to be accompanied by full-length novel”? That, written by Mark Tremonti and sci-fi and horror author John Shirley, is fêted to appear when the album drops, so expect to see the story set “at the turn of the next century where humans and fabricated beings called ‘vessels’ are trying to co-exist” fleshed out then. I know, I saw Channel 4’s Humans too.

Surprisingly, such an expansive launch pad has hamstrung the album, rather than letting it take fanciful flight. Whereas a record like 2015’s Cauterize was a well-drilled exercise in light and shade, A Dying Machine’s futuristic, android trope has everything set at full tilt.

We get it – the march of machinery as the thrumming musical template beating an incessant tattoo throughout.

However, it’s an album that could do with more reflective moments like the aching As The Silence Becomes Me and less the feeling that you’re being throttled by the thrashing exposition of songs like the clanging Throw Them To The Lions and the relentless The Day When Legions Burned.