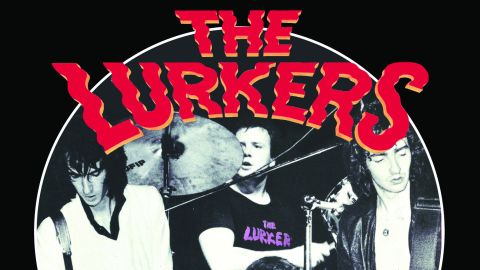 The second wave of proper punk – the bands who formed in the wake of the Pistols and The Clash – was understandably accused on occasion of being derivative of the first wave. London’s Lurkers were often dismissed as British Ramones copyists, but there was a lot more to them than that. From their debut single Shadow (included here as a seven-inch), which was rougher and more basic than anything the Ramones did, to the magnificent New Guitar In Town (a single the New York Dolls might have released had they been from Texas), The Lurkers understood both rock and pop (they were for a while regulars on Top Of The Pops, with the magnificent singles softwareuiphraseguid=“37275767-224d-4660-854d-5d03af9807d6”>Ain’t Got A Clue and I Don’t Need To Tell Her), as well as punk. And, as the name of their debut album Fulham Fallout suggested, they were as wide and West London as could be.

Fulham Fallout is still a striking debut album, melodic and powered by drilling guitars. It contains brilliant songs like Jenny and I’m On Heat, as well arguably the strangest song ever classified as punk, the enigmatic and weird Gerald. It’s a million miles from the blunderthud of Sham 69 or the UK Subs. It was a commercial high point for the band and paved the sexy way for Beggars Banquet’s future success as a label.

By the time of 1979’s God’s Lonely Men, the musical climate was turning away from punk and while bands like the Damned, the Banshees and the Stranglers were able to adapt, The Lurkers could only offer a more rounded version of their old sound. Vocalist Pete Stride was now working more with guitarist Honest John Plain (the slightly bitty, sometimes great album they made together is included here) and the band fell apart.

This boxed set (which also includes the band’s excellent BBC sessions, some of whose songs are better than the studio versions) is a worthwhile purchase for anyone who loves actual proper punk, and is a heartfelt tribute to one of the most underrated bands of their era. And while The Lurkers reunite in different forms every few years and are always worth seeing, this collection puts everything together in the right order and is a fine memorial to a great, almost lost band.