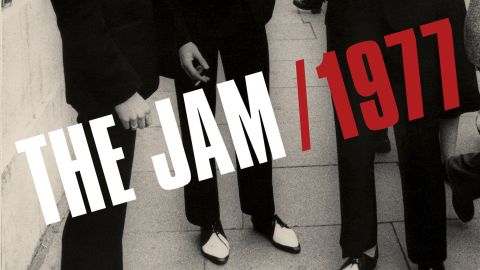 This sumptuous five-CD collection contains much of The Jam’s prodigious output during their first glory year, 1977. That means you get the brash determination and unswerving vision of debut album In The City, the raw teen power of second album This Is The Modern World and the original Polydor demos from February 1977 (and not a duff track among them). On top of that, there are two lots of John Peel sessions, which still retain the knack of sounding more finely honed than the official releases, a previously unreleased live concert from the Nashville – 15 tracks of blistering fury – and the occasional dodgy Arthur Conley cover. There’s even a DVD full of TV appearances and promo videos.

As I say, my teenage self would have salivated. So does my adult self. So what if In The City features seven times here, in various guises?

Such self-belief! Such heedless purpose and willpower! Okay, these songs are no Sound softwareuiphraseguid=“031fc5d9-34ea-4f68-9211-a0be077c7d03”>Affects or Setting Sons, but what is? Seriously, what is?

Also, there’s quite some argument to be had for Art School (distrust of adult conventions), the searing Away From The Numbers (loneliness to be found at the heart of the crowd), Carnaby Street, Life From A Window (very few songwriters captured the alienation of the suburbia I knew as well as Weller in The Jam), and the singles (of course) being the equal of anything that followed… even some of the suspect Motown covers, and especially that burning Who cover (So Sad About Us).