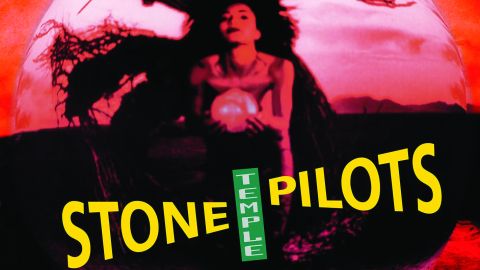 The turbulence and tragedy that dogged Stone Temple Pilots over the years, from addiction and trouble with the law to the sacking and later death of troubled frontman Scott Weiland, right up until the recent sad loss of his replacement, Chester Bennington, are so extreme, it’s good to go back to the beginning to remember the optimism and ambition they had in the first place. It’s the 25th anniversary of their debut, Core, and this remastered super deluxe version is jam-packed with demos, session tracks, festival sets, their MTV Unplugged performance and alternative takes.

They were caught up in the grunge tornado at the time, but revisiting Core shows how, more than the majority of their peers, they embraced the old-fashioned, unashamed rock’n’roll swagger that many shunned at the time. Plush, particularly, remains an absolute banger, Dean DeLeo’s instantly memorable riff still sounding fresh today, and Weiland’s rich vocals attacking the soaring verses with show-stopping abandon. Sex Type Thing, meanwhile, is a pitch black exploration of entitled, dangerous machismo that, in a swing version nestled among the collected B-sides, takes on an even more depraved and unsettling tone.

There’s a lot to get through here, and by its very nature, tackling it all in one sitting will be way too rich for many – there are six different versions of Plush alone, and constant bombardment with the same songs presented in slightly different ways over and over again is the fast road to madness. But approaching it in manageable batches, or as a pick’n’mix of rarities, paints a vivid picture of where the band were at in 1992, as they revelled in their newfound ability to hold a huge audience rapt during the live sets, and the already polished sound of the demos demonstrating their day-one ambition. More interesting, though, are the songs that aren’t on the main album, such as a reptilian take on David Bowie’s Andy Warhol from MTV Unplugged that speaks volumes about Weiland’s inspiration when it came to his live persona. The melodramatic, goth-tinged Only Dying demo, meanwhile, was written for the soundtrack to The Crow but was shelved after the death of its star, Brandon Lee. STP always encouraged their own hype, so this fully-stocked monument to their introduction to the world is a fitting one.