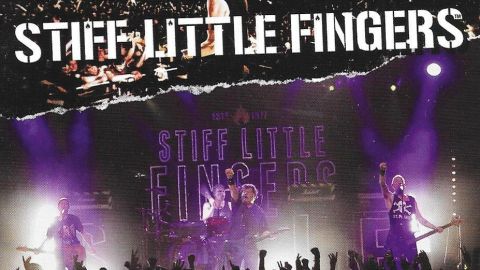 How do you accommodate the passage of time when you were once young and snotty? ‘You just welcome it on board’ seems to be Jake Burns’s answer.

Released to accompany a live DVD, Best Served Loud serves largely to document the expansion of the band’s sound and repertoire over the last 40 years. As such, it’s a complete success, with newer material like Strummerville and My Dark Places given space to breathe between crowd appeasers like Alternative Ulster and Tin Soldier (performed here as something of an epic).

Jake Burns is as much a storyteller as a singer, which is appropriate given the band’s history and place in Irish rock. Meanwhile, the choice of venue – Glasgow’s Barrowlands, probably the best place in the world to see a band – suits SLF’s community punking attitude.

“Punk’s dead,” their record labels used to state, “but we’re still dying.” Just not, on the evidence of this album, yet.