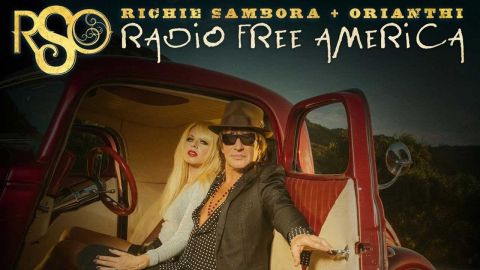 Anyone who feared Richie Sambora and Orianthi Panagaris’s debut would be a dead-eyed shredfest will be pleasantly surprised by Radio Free America.

Making History is a flying start, like Prince with bushier chest hair, breaking into a double-time AC/DC tribute. We Are Magic is well-crafted electronica using the talk box left over from Livin’ On A Prayer, with a shout-it-out hook that shows R&O don’t want this project to loiter on a dank corner of the internet.

Rise is a glitter-stomp stalker with shades of the Arctic Monkeys’ Do I Wanna Know, while Walk With Me is a golden country strum, the pair’s voices beautifully intertwined.

Romantically and creatively, RSO are rubbing along just fine. But based on their tit-for-tat sniping on the Nashville-flavoured Good Times, the break-up album should be really something.