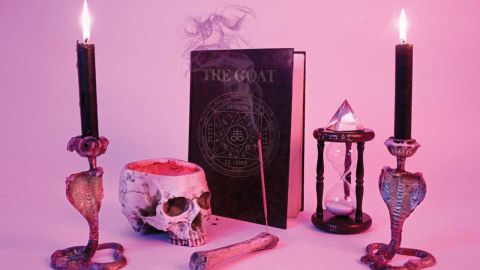 On the surface it might look like an odd thing that a fairly unassuming group of chaps playing a type of melodic indie, alternative rock should be covered by Metal Hammer. But, such is the odd little niche that Puppy have created for themselves, it would probably feel odd no matter where they appeared.

It’s testament to their skill as songwriters and their obvious love of heavy metal music that this truly does feel like the ideal place for them. For a debut album this is a mightily impressive and quirky little record. The seductive and soothing croon of Jock Norton might be less Bruce Dickinson and more Rivers Cuomo from Weezer, but such is his grasp of twisting melodies out of every corner of his mind, you’ll find yourself humming along with the hook to a song like Entombed without even realising it has plonked itself into your head.

And, frankly, when Puppy do want to kick up a storm, they’ve got some serious riffs in their arsenal. Vengeance will get the head of any fan of Mötley Crüe banging with its sleazy, slide guitar and punk pace, Norton channels his inner Randy Rhodes on the excellent And So I Burn, and Bath In Blood could be an early unheard Ghost cut. Although if you think this is a full-blown old-school metal album then you’ve misjudged the eclectic nature of this band; there’s just as much of a nod to Pixies, Nada Surf and Texas Is The Reason as there is Van Halen.

That in itself is enough to convince you The Goat is worth your time. By the time you get to the final track – and possible album highlight – Demons, you’ve long forgotten about all the things that Puppy are not, and are instead concentrating on enjoying their odd charms.