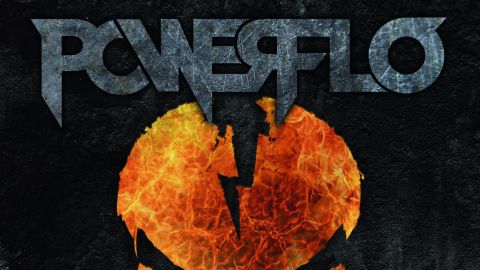 All-star bands are a funny thing. The expectation of recognisable names playing together is often more exciting on paper than in actuality, perhaps because participants often come armed with material that didn’t fly at their main gigs or are experimenting with unfamiliar genres. To the contrary, everyone involved with Powerflo – ex and present members of Biohazard, Fear Factory, Downset, Worst and Cypress Hill – has some experience with rap/nu metal, so it’s surprising how ordinary their debut sounds.

Guitarist Billy Graziadei likens this project to a cross between Maiden, Sabbath and Cypress Hill, which is a touch more aggrandising than the ‘Stuck Mojo with Sen Dog rhyming’ comparison that comes to mind. However, the frontman and Cypress Hill MC is responsible for most of Powerflo’s robustness as he takes numerous large and positive steps outside his usual cadenced delivery. Bolstered by drummer Fernando Schaefer’s percussive flair, Less Than A Human offers quick’n’neat phrasing tricks, Start A War marvellously balances singing and rapping, and Finish The Game actually features metallic bellowing. The weakness comes with an overall lack of measurable excitement to the rudimentary riffs, turntable tricks and keyboard accents. Sen Dog might not save Powerflo from mediocrity, but he definitely makes it more tolerable.