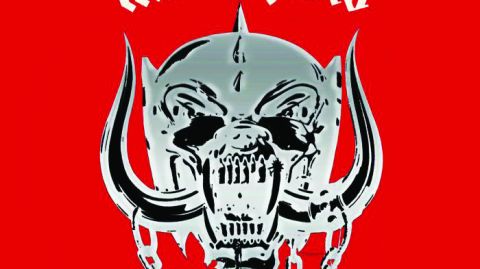 Times weren’t shifting in Motörhead’s favour after Lemmy formed the band following his ejection from Hawkwind. They’d already been called the worst band in the world and now the UK was enthralled by bands with short hair bellowing about anarchy. Although disparaged as ruffian relics from Notting Hill’s burnt-out hippie scene, Lemmy looked to the MC5 and upped gears until Motörhead were faster, louder, dirtier and more dangerous than anything in punk.

By April 1977, Motörhead had decided to split after one last Marquee gig. Lemmy phoned Chiswick Records’ Ted Carroll, whom he knew from his Rock On record stall, asking if he could record the show. Although Carroll couldn’t get a mobile, the last-gasp blinder Motörhead played persuaded him to front a single. The trio hit Escape Studios in Kent, with Speedy Keen producing. Seizing the moment with a big bag of speed, Motörhead ejaculated an album’s worth of backing tracks in 24 hours – enough for Carroll to allow an album and record deal.

The single appeared resplendent in Joe Petagno’s Snaggletooth logo and sold its 18,000 run, followed by Motörhead in August. As the proud owner of an original silver cover edition, it’s barely believable that it’s 40 years since this album saved the monster called Motörhead. To celebrate, Chiswick present an expanded version including B-sides, the Beer Drinkers And Hell Raisers EP, plus seven previously unreleased alternative mixes and out-takes, all annotated by Carroll.

Although the roller-coaster sound can be uneven and The Watcher still embedded in west London space-rock, Motörhead still sounds like the kamikaze rampage of desperate men granted one last shot, surging through speed-driven carnage to snatch triumph from oblivion. Highlights include Lost Johnny, White Line Fever, Iron Horse/Born To Lose and Johnny Burnette’s pulverising The Train Kept A-Rollin’.

The album enabled Motörhead to go on to become one of the UK’s biggest bands – but as this fine artefact reminds us, if not for Ted Carroll, the world may have continued without them, leaving rock a much tamer beast indeed.