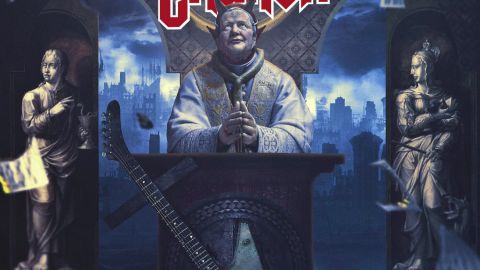 Since the early 80s, when they were hanging out in a flat they called ‘the metal church’ with buddies who went on to form Metallica, Kurt Vanderhoof’s persistent quintet have steered a frustratingly inconsistent course between exuberant, cutting-edge tech-metal and humdrum mediocrity.

2016’s XI benefited from the return of Mike Howe’s expressive snarl, triumphantly rejuvenating the band after a couple of low-point albums. Damned If You Do starts well, but flirts with danger by naming a song By The Numbers, and indeed much of this LP feels a bit overly familiar and simplistic.

Quality-wise, it’s a mixed bag, from savvy, red-blooded headbangers like Rot Away and The Black Things to some of the most vapid, bog-standard fillers this band ever put out. Ultimately, Damned If You Do is one of those solid but inessential offerings.