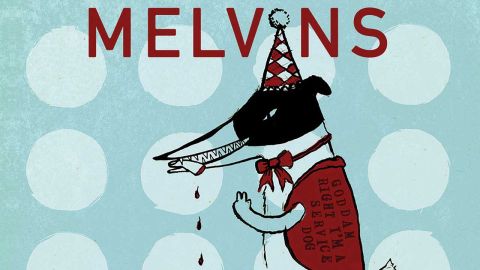 A good number of musical history’s experiments have the Melvins’ name stamped on them and the latest entry into the irreverent legends’ extensive discography has them employing two bassists: Jeff Pinkus and Steven McDonald. Despite this, Pinkus Abortion Technician – a take on the classic Locust Abortion Technician album by Pinkus’s other band, Butthole Surfers – won’t blow out speakers or bowels; it’s surprisingly quirky and light-hearted. The I Wanna Hold Your Hand cover is thick, but not oppressive, Flamboyant Duck mostly twangs acoustically and tar-paced rocker Prenup Butter uses a wah pedal in a way Cliff Burton fans will appreciate. It’s really only the scuzzy blues of Don’t Forget To Breathe and Break Bread’s stadium-sized rock where bass-driven thunder is felt and, as with most Melvins releases, highlights and lowlights are based on whether listeners prefer to rock out or let outsider-art waves wash over them.