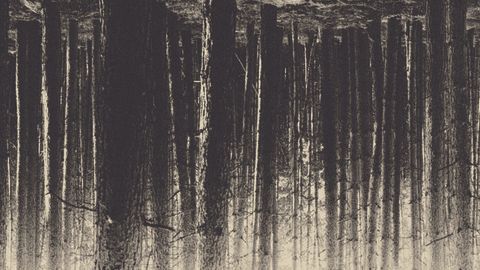 Featuring mysteriously named multi-instrumentalists EHA and AAL, Low Flying Hawks also include Melvins drummer Dale Crover and Trevor Dunn from Melvins Lite. Additionally, Genkaku includes guest vocals from Melvins front-fro, Buzz Osborne and was produced by Melvins collaborator, Toshi Kasai. So, it’s no surprise that the mid-paced, ethereal doom of LFH’s second album has a ‘particular’ flavour to it. Outside of that, chunks of Space Wizard and Smile recall the luxurious, sweetened crawl of Candlemass and Pallbearer, a droning cello and ringing open chords cast shadows over Twilight’s stoner-doom-sludge combo and a blackened six-string shimmer drags Sinister Waves down an emotional sewer. The otherwise recognisable air isn’t a bad thing per se, but when the influencing band is still going strong and issuing diverse albums, is there a need for incestuous market tapping?