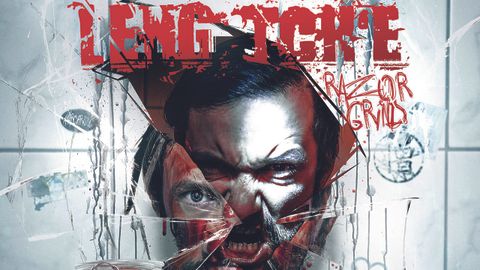 Aside from 2007’s unheralded Marasmus album, one of Leng Tch’e’s biggest stumbling blocks has been the Belgians’ inability to inject enough identity and distinction into their material to push them towards the top of the crowded grind crowd. Things have been moving at a disproportionately slow pace since Sven de Caluwé (Aborted) left post-Marasmus – also, there are no original members left – but given the steps taken into uncharted territories on Razorgrind, it seems they haven’t been entirely or creatively idle since 2010’s Hypomaniac. There still remains a disproportionate amount of typical and interchangeable grind, but on tracks like Indomitable, Stentor Of Doom, Guinea Swine, I Am The Vulture and Magellanic Shrine, the quartet advance their own cause and the genre’s boundaries with nods to psychedelia, keyboard-accented prog, melodic punk, slowmotion sludge and tribal rhythms that lock in like a North Korean army goosestep. Razorgrind may not push the band into the genre’s elite, but it does offer enough unique and listenabletouchpoints that, even a decade-and-a-half into their career, hint at a promising future.