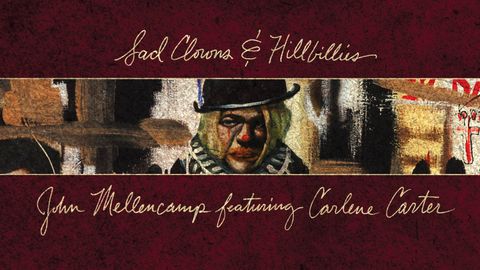 The collaboration with Carter (daughter of June Carter Cash, stepdaughter to Johnny) arose from soundtrack work done by Mellencamp on the stage production of Stephen King’s Ghost Brothers Of Darkland County and the 2015 Meg Ryan directed movie Ithaca. Both featured Carter to some degree, and she subsequently opened for Mellencamp’s tour in support of his Plain Spoken album.

For this follow-up, Carter duets on five of the 13 songs, notably What Kind Of Man Am I (sung by Sheryl Crow in Ghost Brothers…) and the light-hearted Sugar Hill Mountain (from Ithaca), while elsewhere Mellencamp shines alone – particularly on Sad Clowns (where his voice and lyric hurtles into Tom Waits territory) and All Night Talk Radio.