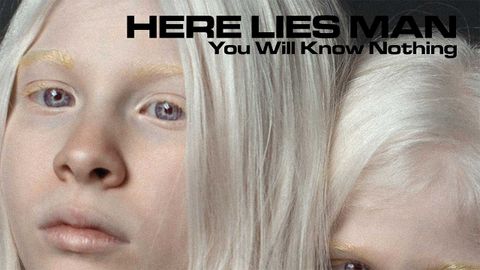 You Will Know Nothing

In an era where metal mash-ups of Marvin Gaye and Bee Gees classics command millions of hits on YouTube, Here Lies Man’s 2017 self-titled full-length debut found an open-minded and eager audience for its resinous hybrid of Black Sabbath-meets-afrobeat. Comprised of members of New York City’s Antibalas, Here Lies Man summoned a mesmerising soundscape of Nigerian afrobeat grooves and thudding primal rhythms on which they layered scuzzy, Iommi-inspired riffs and spiralling psychedelic melodies. The weirdness of the concept – two seemingly unrelated genres fused together – distracted from just how good it sounded, which should have surprised nobody because at the root of both styles is a deep rhythmic reverence to blues and R&B, yet the debut still felt both subtly innovative and fresh. On their latest outing, the groove technicians dial back the Sabbath worship a bit, which actually marks an evolutionary step forward for the sound.

Riffs no longer dominate but rather play recurring roles throughout the tracks. Opening with the headbanging proto-metal squall of Animal Noises, You Will Know Nothing dissipates and expands into an ethereal psychedelic voyage, with tracks like Floating On Water and You Ought To Know playing out on the spacey side and Taking The Blame and Summon Fire balancing things at the other end of the spectrum. The essence of each track is its own driving, percussive rhythm, which is the heartbeat of all psychedelia. That said, a common pitfall of psych music is its susceptibility to indulgent, generic jamming, which you’ll find here in modest doses. Co-founded by guitarist Marcos Garcia and drummer Geoff Mann, the tracks rely on progressively slower tempos that correspond to an Afro-Cuban rhythmic formula known as the clave. Google it.

But this record isn’t about counting beats or mathematical equations – this is an interesting rhythmic concept teased out in some genuinely fascinating directions. Well worth a listen – preferably through headphones.